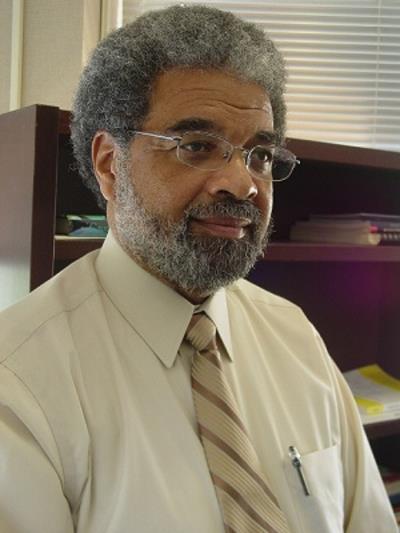 Dear Jane and family,
Thoughts, prayers and asking the Lord to bring comfort, peace and strength for each need you face during this difficult time.

To the family of HE Sapp: Grief can be so hard, but your special memories will help you cope. Remembering you and your loved one .

I’m so very sorry to hear about my cousin HE, although we were different in age, I do remember spending time with him and Aunt Stella. This is Katherine, daughter of Eddie Turner.

I will miss you Uncle HE. You always asked me how I am doing and how are my grades. I will miss the gentle spirit of yours. I love you Uncle Hubert fondly known as HE.

Dear Jane, Robert and Edward,
We are very sad to hear of Hubert’s passing. We remember Hubert as a gentle, kind, steady and determined leader and friend. We deeply respect his life spent in various organisations to bring about change and to create a better world. We are glad that we shared a few of those years.
We value the time we spent together at Highlander with all of you. Jane, we have wonderful memories of your music and friendship. Robert and Edward, our boys...

Jane and family- We've got some fond memories of all of you from long ago and send our love at this challenging time. Cathy Fink & Marcy Marxer

Jane and all the family: Our care and prayer are with you. We have so many fond memories of being with you through many experiences and many places across the South, particularly Highlander. We also recall a visit here that you made when our children also had time together. Much love, Rev. Mac Legerton and Donna Chavis, Pembroke, NC

My sincere and deep condolences your kids of your beloved husband, father and friend, Hubert. He was and will always be, a giant among giants. A brilliant and soft/spoken man with a huge intellect. Just wonderful to be around.

Get email updates about Hubert Ellis Sapp delivered directly to your inbox.

Hubert Ellis Sapp entered into eternal rest on Sunday, February 14, 2021. Graveside service will be held on Tuesday February 23, 2021 at 12 noon at Walker Memorial Park. Mr.Hubert was always a studious and focused student. He was educated in the Augusta, Georgia school system and attended Immaculate Conception Academy in Augusta, Georgia for high school, where he graduated as valedictorian of his senior class. This was no doubt a tremendous academic accomplishment and he shared his ominous achievement with the salutatorian, his future bride Jane Delores Wilburn. Hubert grew up during an intense segregation period and vowed to change the world as he knew it and lived it, through education. He was witness to the ending of a Jim Crow south which birthed The Civil Rights Movement. It was this movement that would inform Hubert's life's work. Hubert attended and graduated from Harvard University in 1967. His growing activism would continue during his tenure at Harvard, and he was a part of a rising faction of the black student body who thrived to; create black ecosystems, solve the common problems of poverty for African Americans and create new opportunities for black students at Harvard. He was the president of the AAAAS (The Association of African and Afro American Students). It is this groundwork at Harvard that would open the doors for black intelligentsia to come through the institution to this day.

Hubert worked as Special Assistant to Dr. Martin Luther King, Jr. before his assassination. Deciding to leave Georgia,relocated to North Carolina to attend UNC for postgraduate study. While there, Hubert taught at North Carolina Central University.

Hubert and Jane moved all over the eastern United States teaching and working on mission driven causes that advanced the rights of underserved people. They moved to Alabama (Eutaw) where Hubert directed Miles College satellite campus. While in Alabama, Hubert and Jane, along with other community educators developed an innovative adult education program in Alabama. The program empowered students eager to progress as local leaders but who, as graduates of segregated school systems, were deprived of the necessary background for success at college. The curriculum promoted life-long learning, encouraged regular civic engagement and taught basic educational skills.  Hubert served as program director for nine years and the program successfully expanded to four counties in Alabama.

Hubert took the role as the Executive Director of the Highlander and Research Center in New Market, TN. (1982 - 1987).

In 1987, Hubert's brilliance would lead the family due north to Massachusetts. Hubert took a role as the Assistant professor at the Springfield College School of Human Services (1987-1990) and from (1990 - 1993), Hubert was the Director of the School of Human Services at Springfield College in Springfield, Massachusetts. While in Massachusetts, Hubert cultivated partnerships and built networks and community led efforts, that earned him senior leadership roles at Oxfam America, where he was the founder of its US program in Boston, MA. Later, Hubert became the senior program officer at the Hartford Foundation (1998 - 2005). Hartford, Connecticut.

Hubert accepted the pivotal role to become the Executive Director for Bert and Mary Meyer Foundation and the founding member of The Southern Partners Fund, Atlanta, GA.

Hubert had a heart to give. He has served as a member and chair on boards such as the Peace Development Fund, Bert and Mary Meyer Foundation, Peppercorn Foundation.

Hubert leaves behind to cherish his amazing life- his wife and best friend Jane Delores Wilburn Sapp, his beloved sons, Robert Otis and Edward Charles (Alicia), his beautiful granddaughter Amia Rose, his sister Katherine (Kitty), his sister in laws Mary Henley and Shirley W. Key, a host of nieces, nephews, friends and fellow activists. He has completed his race and though we will long grieve this tremendous loss, we know he is at peace and has gone to claim his just reward in Heaven. Mr. Sapp may be viewed on Monday, February 22, 2021 from 1:00 to 4:00 pm at the funeral home. Please adhere to wearing a mask and practice social distancing. Williams Funeral Home Augusta, Ga