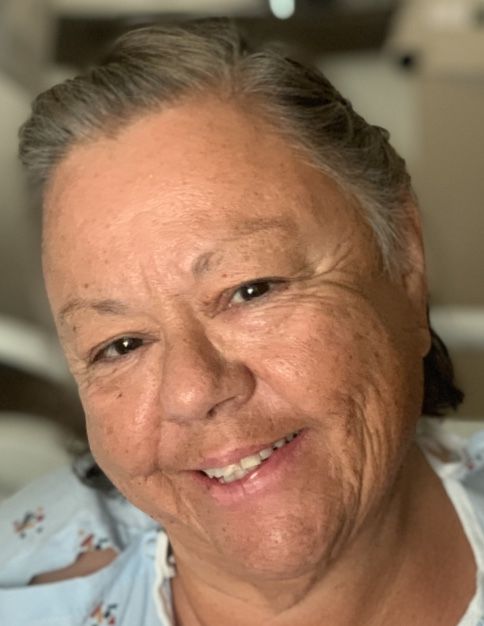 I have only good memories of Irene during the short time I spent in Southern Cal in 1976. I remember driving around Coachella, Indio, and Palm Springs with Irene that Summer....and the many trips to der Weinerschnitzel as it was one of Petre's favorite places to eat!

I hope that memories of your mom, grandmother, sister, cousin, aunt comfort you in the days ahead. I've heard said that what we call the beginning of something, be it life or something else, is often the end. So, to...

A very good friend and comadre will be missed. The good memories will live upon us. Condolences to the family.

Irene,you will truly be missed. You were a great person to work with and to know. My condolences to the family.

Irene was born in Raymondville, Texas on Dec 23 1946 and passed on in Menifee, Ca on Sept 22 2019. Irene, the oldest of nine siblings of parents Gilbert Vela Guevara and Doratea Gallardo Guevara. She was preceded in death by her middle daughter Salancie Lujan and her brothers: Gilbert Guevara Jr and Victor Guevara.

A mother, daughter, sister, aunt, niece, cousin and grandmother to Cecelia Felix and Blake Stone; Irene was a dear friend to many ... near and far.

She spent most of her life, living in the desert communities of Coachella, Thermal, Riverside & Beaumont. She also lived for short period of times in San Jose and San Francisco. A 1966 graduate of Coachella Valley High School, she spent some years working for the tax office and then Irene found her career calling working as an adjudicator for the State of California's Employment Development Department for over 23 years. Upon her retirement, Irene continued helping people, volunteering for American Legion Post #79 in Riverside, CA. She also forged a much needed service for those seeking a pathway for U.S. citizenship in assisting them with translating and properly filling out paperwork. She enjoyed being of service at organizations such as Table of Plenty, and her local Catholic Church and women's shelter.

A deep love and commitment to a large extended family, Irene played hostess for countless family gatherings at her Riverside home. She loved cooking, playing card and board games, camping with family, listening and ... yes, singing to music of the "Baby-Boomer" generation. She and our brother Gilbert were the driving force in organizing the "Guevara/Gallardo Family Reunion" in 2001

Like mother, like daughter ... Irene followed our mom's love of her garden. Taking much pride and happiness in her own yard - she could most often be found tending to the countless trees, flowers and plants that were part of her Riverside home.

The brain may forget ...but the heart never will. Our sister's love along with all she taught us will remain forever. God Bless you Irene.