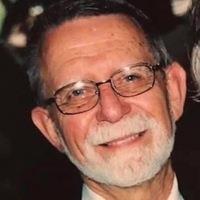 Barby & family - please accept our deepest condolences on the passing of your beloved Morris. Michael and I were so sad to learn of it just today. Morris will always be a very special person in our hearts - having married us in 1979 back in Killeen, TX. What a man of deep faith and great sense of humor. He will be sorely missed!

Morris was a great mentor to me. He was matter-of-fact, a great teacher, counselor, and his family was welcoming & loving while I transitioned from teenage years to young adult. I loved working with both Morris & Barby, gleaning from their wisdom, and also babysitting their children. My love & prayers of comfort to all his family. What a great legacy!

He was a very spiritual man of God and taught me many good things. He always had a message to give to everybody. He is greatly missed and was very much loved Rest In Peace dear friend

Sally Wiegand Morris was a very religious Deacon and He taught me many things. He had a prayer service for my Husband John's viewing in Williamsport but we had worked together in 2 different churches in the past. I send my love to Barby and sympathy.

Morris was a blessing to so many people. He ministered to people at St Aloysius Church Ralston, PA and later in Williamsport, PA. He gave spiritual guidance to several people in my family as well as many, many others.
There is no doubt that he will be greeted in Heaven with the words... Well done, good and faithful servant.

Morris Smith touched countless lives back here in Williamsport, PA. He was one of God's best creations. RIP

Get email updates about J. Morris Smith delivered directly to your inbox.

The live stream will begin when Mass starts at 10:30 am on Tuesday, September 21st at the following link: https://www.facebook.com/MuehlebachFuneralCare

J. Morris Smith, MA, Th.D. was the Shepherd of the Streets, a ministry sponsored by the United Churches of Lycoming County, PA., and retired Permanent Deacon of Saint Joseph the Worker Parish in Williamsport, PA. (Scranton Diocese). A native of Texas, Dr. Smith served as a pastor in his native state with the Church of Christ and the Christian Church, Disciples of Christ (1960-79). He served as theology professor and Academic Dean, Elim Bible Institute, Lima, New York (1979-84), adjunct course professor at Asian Theological Centre, Singapore, Nava Jeeva Ashram, Bangalore, India (1982-93), He founded Doulos-Servants of the King, an ecumenical adult ministry formation center, in Ralston, PA (1984-2001) where lay and clergy were trained for mission and ministry. Dr. Smith received a Doctorate of Theology Degree from National Christian University, Arlington, Texas (1967) and a Master of Arts in Biblical Studies from St. Mary's University, San Antonio, TX (1974).

Becoming Roman Catholic in 1990, he was a Permanent Deacon in the Diocese of Scranton (1993-2020) and last served St. Joseph the Worker Parish, Williamsport, PA. He founded and taught the Institute of Biblical Studies for the lay apostolate in the Diocese of Scranton (1994-96). He has served as adjunct course instructor for the Chair of Theological Studies for St. Pius X Seminary, University of Scranton, PA (1996, 1997), and The University of St. Francis College of Health Arts and Professional Studies, Joliet, IL (2002).

J. Morris Smith was a published contemplative poet, a teacher of Sacred Scripture, an ecumenical spiritual director, and pastoral counselor. He has recently written a tutorial for self-study. He is survived by Barby, his wife of 62 years, in Grandview, MO. They have three married children; Buck Smith and his wife Linda of Buffalo, NY; Marci Smith Sorge and her husband Bob of Kansas City, MO; Todd Smith and his wife Gabrielle of Allentown, PA; nine grandchildren, and twelve great-grandchildren; brother, Lawrence Ray Smith and his wife Nancy of Abilene, TX; sister, Alva Lee Smith McMasters and her husband David of Fort Stockton, TX; and many other family and friends.