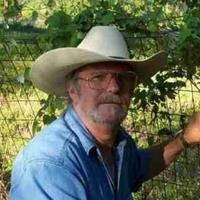 I did not know this, till now, but I have used many of Jack's recipes and suggestions in my own winemaking since 1999, ge will be greatly missed. :( So sorry for your loss

My friend Jack who I never knew personally. You've contributed to my life in the many wines I've made with your recipes and infused with your knowledge and wisdom. Thank you for that and for the times you took to answer questions from me, a complete stranger, online. I have dandelion and peach wines in process thanks to your generosity and sharing, lifting a glass to you today. God bless your family.

What a life this man lived! I never met him, but he was the real deal. RIP, Mr. Jack.

I'm one of your countless friends, and winemaking students, that you probably never realized you had Jack. Followed your blog and website for many years. So sorry to hear of your passing, you were a true renaissance man.

Rest In Peace Jack your service to our nation I admire and Jack, my wines will never be the same, when I lift a glass I will think of you. God bless your family.

Rest in Peace Jack, I will miss you.

His online wine making knowledge and recipes will be GREATLY missed.

I only knew Jack through his blog and website, but he's had a huge impact on my life through them. I was a teacher at an international school in Kuwait for two years during the time of the Easter Uprisings and it was an extremely hard time of my life to get through. The world was literally blowing up around us at times, and I kept busy by building air locks out of pipes and parts I gathered at the local hardware store. When the dust storms cleared, we'd go buy tropical fruit in bulk at the...

Jack was my first and best resource when I got into wine making, he was a great inspiration. He actually took the time to respond to a question I had.

Get email updates about Jack Keller, Jr delivered directly to your inbox.

Jack was a brilliant man who enjoyed life to the fullest.  He was a former Russian History Instructor at Colorado State University before he began his career with the United States Army.  During his military career, he served in numerous capacities from Special Forces Operational Detachment Commander, Counterintelligence Instructor, and Strategic Intelligence Officer.  He was awarded the Bronze Star Medal, Meritorious Service Medal w/OLC, Air Medal, Army Commendation Medal w/2OLC, and the list goes on.  He was a dedicated man, who loved his country and what it stood for.

After retiring from the Army, he pursued his love for writing.  After moving to Pleasanton, his love for history and his enthusiasm for writing was the driving force behind his desire to create a website on the history of Pleasanton, TX.  Winemaking was Jack's passion in his later years and he could make wine from just about anything.  Jack served 6 terms as the President of the San Antonio Regional Wine Guild and was a certified home wine judge. He has written and published several books, wrote numerous articles for the WineMaker Magazine, was the creator and author of The Winemaking Home Page, and of Jack Keller's WineBlog, the first wine blog on the internet, ever as well as the largest. Jack genuinely loved to express himself through the writings of all things.  But alas, Jack also enjoyed the slower times of life where he could settle down, listen to nature, and enjoy fly fishing.

Jack is survived by the love of his life, his muse and wife 25 years, Donna Keller whom he married on his 50th birthday. He is also survived by his sons James Keith Pilling, Troy Pilling, and Scott Ray Pilling; 3 grandchildren; brothers Larry, Keith, and Barry Keller; and his sister Barbara Garner.