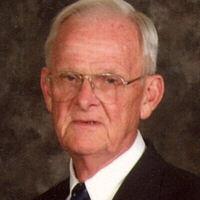 Jim was a great leader and mentor to many at the 139th AW. I had the highest respect for him and was fortunate to have served with him and call him my friend. My sincere condolences to John, Rosalie and the entire Bigham family. He was a great man and will be missed by many. Bill and Jennifer Spalding

Marlene and family, Thinking of you. It's hard to lose them, but memories and time will help.
Craig & Barb Buckley
Mort, I enjoyed your soft-spoken brother at the bowling alley. You two were together for a long time. I send my condolences. Barb Buckley

So sorry for your loss. Jim was a great guy and will be missed. I really enjoyed visiting with Jim at the bowling alley and he was an awesome bowler. My thoughts and prayers go out to James and his family.

Bless your family! Jim was always a kind friend to me. He will be missed

Jim was a wonderful person. I enjoyed working with him all those years at the 139th and had a great admiration and respect for him. My condolences to his family.

Sending out thoughts and prayers to your family

Hugs and prayers to the whole Bigham family

I hate to see your passing you were always a good guy to be around, you will be missed by many bowlers but cannot be forgotten RIP buddy and prayers to your family

Get email updates about James Bigham delivered directly to your inbox.

To view the Live Stream of the funeral service, scroll to the bottom of the obituary text and click the "PLAY"  button on the viewing screen.

The video of the memorial service will remain on this page and can be viewed for 90 days following the service.

Jim graduated from Central High School in 1952 and joined the Missouri Air National Guard (ANG) in 1953, retiring in December 1993.  While in the ANG he served as First Sergeant for the 180th Flying Squadron for over 20 years.  Jim was deployed to United Arab Emirates and Saudi Arabia during Desert Storm for which he was awarded the Bronze Star.  He was the recipient of many additional medals and commendations as well.

In 1956, Jim married Ruth Henkowski and together they had eight children.  Their marriage ended, but they remained friends.

Jim loved bowling and was a youth coach.  He bowled two 300 games and a 299.  He was a member of the St. Joseph Bowler's Hall of Fame.  Jim was an active outdoorsman, always on the move.  He took great pride in grooming his historical Bigham Century Farm which he shared with his two protective cats.  Jim never let grass grow under his feet.

Jim was proud of his children and grandchildren and loved them dearly.  He will be missed by all of them.

He was preceded in death by his parents, daughter Susan Renee Bigham, and stepdaughter Heather Riley.

Visitation will be 6:00 PM - 8:00 PM Thursday March 4, 2021 at Heaton-Bowman-Smith & Sidenfaden Chapel.  Masks are required.  A private family service will be held.

In lieu of flowers, the family requests contributions be made to The Children's Tumor Foundation CTF.org, The St. Joseph USBC (MO Bowling Association), or Beckwith-Wiedemann Syndrome, in care of Alex's Lemonade Stand Foundation.