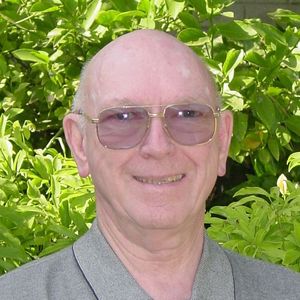 A Southern California resident for over 80 years, Jim passed away peacefully to join his Savior, Jesus in Heaven on March 28, 2021 in Fullerton, CA.
Jim was born September 12, 1932 in Salt Lake City, UT and moved to Arcadia, CA at a young age with Dr. Herschel S. Burns and Lela Burns, his loving parents. He was joined by a sister, Mary Jo, and they enjoyed a childhood filled with love, scouting, art lessons, pets and friends. Jim began art and painting lessons at a young age with Sam Hyde Harris and became a well-known watercolor artist in the Southern California artist community for many decades. He taught watercolor lessons, judged art shows, and displayed his award-winning work in countless shows and galleries. His amazing paintings are enjoyed by so many of his family and friends!

After graduating from USC with a degree in architecture, Jim practiced as an architect in the Los Angeles / Pasadena area, putting his amazing artistic touches on the design of hundreds of buildings over several decades. While at USC he met and then married Marylou Bartz in 1955. Jim served in the military with the Army Corps of Engineers and they enjoyed time in Yokohama Japan. Jim and Marylou started a family in 1960 while living in Pasadena. They enjoyed 50+ years of marriage, traveling/cruising, attending Faith Lutheran Church, and creating a loving home with many special memories for their children, Patty and Peter, and 5 grandchildren.

Peter and Patty remember their dad as the keeper of all the corny jokes, the dad who encouraged us to be anything we could dream of being, the golfer, the painter, the weekend TV sports enthusiast – especially his passionate cheering for his USC Trojans, his annual grumbling about putting up the Christmas house lights and curb decorations – a requirement in Hastings Ranch, his strong faith in the Lord and as a dedicated servant of Faith Lutheran Church in Pasadena.

After losing his beloved Marylou in 2006, Jim married fellow watercolor artist Joan Otto in 2007. Jim and Joan lived in Pasadena and then moved to Fullerton for a couple of years in order to be nearer to family. Jim continued to actively paint and give watercolor lessons to fellow residents at their senior facility.
Jim is survived by his wife Joan, her daughter Cindy Otto, a grandson by marriage (Blake), Jim & Marylou's son Peter and daughter Patty Bennett, and their spouses Tami and Eric, 5 grandchildren (David, Jenny, Jason, Jonny and Lizzy), and 6 great-grandchildren, and 2 nieces. He was preceded in death by his wife Marylou.

Although he will be greatly missed this side of heaven, we rejoice in knowing his faith in the sacrificial atonement of his Savior Jesus Christ, who gives assurance of eternal life.

Arrangements are under the direction of Douglass & Zook Funeral and Cremation Services, Monrovia, California.