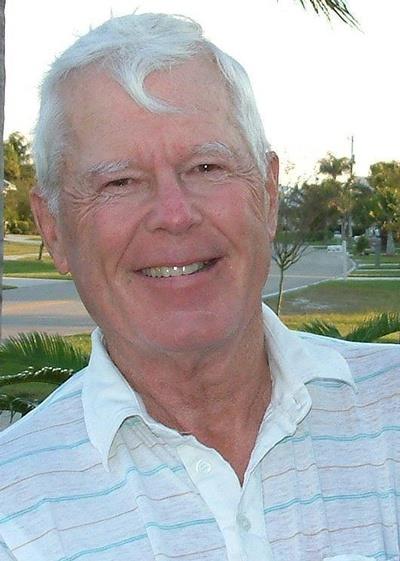 Get email updates about James C. Bowden delivered directly to your inbox.

Jim was born in Humbolt, South Dakota, the third of four children of James Clare and Lillie Bowden. They were farmers, and as Jim would say, dirt poor. He grew up in a house without plumbing or electricity, luxuries were not added to their home until Jim was in high school.

Jim was drafted into the Army in 1945 when he was 18. He was training for the invasion of Japan when, to his relief, the war ended. Jim finished his stint in the Army, came home and enrolled at the University of South Dakota in Vermillion. Jim was a good student and athlete. He played basketball, football, and ran track, at one time breaking a state record.After college, the Army came knocking at Jim’s door again. He earned his officer’s commission and was sent to Korea, where he was wounded in action. Though he suffered permanent disability, he was able to continue his military career. He received a Master’s Degree from American University, and became an Army Intelligence Officer, specializing in the Soviet Union and Russian language. Among Jim’s favorite assignments was working for on the Airborne Command Post, and teaching Russian at West Point Military Academy.

In 1951, Jim married his sweetheart, Reneé Helen Berridge. They had 3 children, Terri Lynn, who died as an infant of cystic fibrosis, Scott and Lori. After Renee passed away, Jim married Virginia Agather, a widow with 3 children of her own, Martin, Kristen and Stephen. Sustained by the love and guidance of Jim and Ginny, the two families quickly became one.

In 1972, Jim retired from the Army and began his second career as an insurance executive in suburban Chicago. After retiring for a second time, he and Ginny split their time between their home in Florida and their summer cabin in Cass Lake, Minnesota.

Jim Bowden loved life. He had a no-fuss common sense, but was quick to smile, tell a joke, shake a stranger’s hand and introduce himself. He had many good friends, was generous, kind and loved his family deeply. He loved to fish, but loved to golf even more. He often marveled that a farm kid from such humble beginnings could grow up to see the world and live such an extraordinary life.