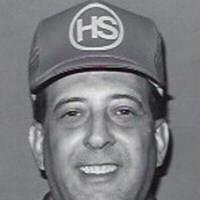 Bonnie and family,
I'm so sorry for your loss. I enjoyed all the years that I worked with Jim at HS. I enjoyed his sense of humor both at work and on the golf course. Please know that my thoughts and prayers are with you.
With sympathy,

May the love of friends and family carry you through your grief. Our prayers are with you. May God give you peace during this time as you treasure your memories. Jim was a very nice guy

Praying for your family

Bonnie and family,
I am so very sorry to learn of Jim's passing. You are in my thoughts and prayers.

I am so sorry for your loss..

Bonnie and David, you are in my thoughts and prayers. I wish I would have had the pleasure of meeting Jim, I know Bonnie loved him dearly. Please accept my condolences.

Thoughts and prayers go out to the family during this loss of one so dear. May God wrap His loving arms around you and bring you peace, strength and comfort now and in the days of healing ahead.

Get email updates about James Joe "Jim" Kight delivered directly to your inbox.

Jim was born on November 4, 1942 in Williamsport, IN. He was the son of George and Lola (Chaffin) Strong. Jim attended grade school at Cayuga and Williamsport He was a 1960 graduate of Williamsport High School. Jim married Bonnie Russell on September 17, 1967 at the Catlin Methodist Church and she survives.

Jim worked at Harrison Steel Casting Company in Attica from 1961 until 2007, retiring as a foreman in charge of scheduling. He served for 6 years with the Indiana National Guard in Boswell, IN. Jim was a member of the Williamsport United Methodist Church.

Jim coached little league and babe ruth baseball for 8 years. He was an avid golfer. Jim enjoyed watching western movies and especially enjoyed Bruce Willis and Clint Eastwood. He was a die-hard Cubs fan and was a fan of the Chicago Bears, Indiana University men’s basketball, and Purdue University women’s basketball. Jim took great pride in taking care of his yard and his cars. He was an animal lover and enjoyed spoiling his cat Eddie. Jim was the love of Bonnie’s life and will be greatly missed by his family.

Surviving with his wife, Bonnie, are,

2 soon-to-be grandchildren, Will Kendricks and Claire Kendricks, both of Crawfordsville, IN

Jim was preceded in death by his parents and step-sister, Martha Crumley.

Visitation will be Saturday, February 27, 2021 at the Williamsport Christian Church from 11:00 a.m. until service time at 1:00 p.m. with Minister Jesse Stoner officiating. A graveside service will be held at 3:00 p.m. at Highland Cemetery. In lieu of flowers, memorial contributions may be made to Paws N Claws or Warren County Community Foundation. Funeral service can be viewed online at https://youtu.be/GDfbiShsw94.