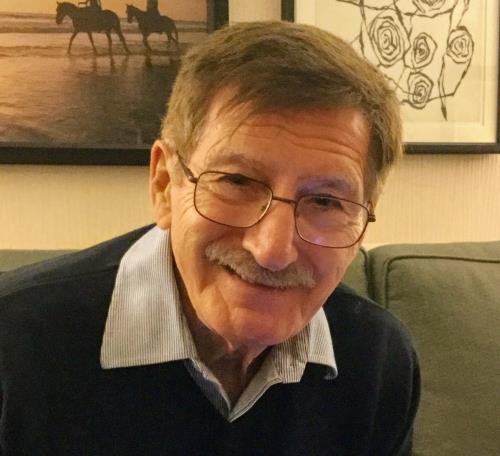 James (Jim) Calvin Narducci, 86, passed away peacefully in his home in Redondo Beach, CA on September 5, 2021. Jim was born on October 1, 1934 to Augustine and Lillian Narducci in Erie, PA. Jim graduated with a Bachelor of Science in English from Edinboro University, PA, and later obtained MBA from Pepperdine University, CA. Jim taught High School English for three years before going into industry. He retired from industrial management after over forty years and opened an Income Tax, Bookkeeping, and Notary Public business. Jim was an Enrolled Agent and a Notary Public for the State of California for a number of years. In addition to education and work, Jim was in the Pennsylvania Army National Guard for eleven years. He went to Fort Knox, KY for leadership training, and commanded one half of a rifle company with the 112th Infantry Division. Jim left the National Guard when his first wife contracted a fatal illness.

Music played a significant role in Jim's life. When he lost his daughter, Gayle, and then his first wife, Marie, it was music that offered him solace. Jim learned piano at age 5 from a nun in the Catholic Church. Ever since, he played piano throughout his life, from the contemporary music band in Syracuse New York to performing solo at a Senior Facility in Torrance, CA. He shared his love of music with his wife Judy. They felt lyrics of "Side-by-Side" vividly mirrored the kind of life they built together, and often sang it on walks and during Jim's health recovery. Jim also shared his love of piano with his daughter Alicia. His favorite forms of wit are puns and he shared that love with his daughter Andrea. He enjoyed nature and shared an enjoyment of motorcycle riding with his son Phil.

Jim was a life-long learner. He loved reading scientific books and was fascinated and up-to-date with new technologies and gadgets. Yet, he was a very humble and quiet gentleman. He demonstrated a disciplined, self-reliant, and good-humored character throughout his life.

Jim was preceded in death by his daughter Gayle Lynn Narducci (1968), his first wife Marie Narducci (1973), his mother Lilian Paris Narducci (2007), his father Augustine Narducci (2010) and his sister Theresa Reisenweber (2020). He is survived by his wife of 26 years, Judy Narducci, his brother Adrian Narducci and wife Betty, his son Philip Narducci, his daughters Andrea Costantino and husband John, Alicia Bolm and husband Carl, and his five grandchildren: Bethany Pedersen, Bryce Pedersen and wife Cristine, Alex Narducci, Linnea Bolm, and Soren Bolm. As his neighbor says, he was "admired by everyone who was fortunate enough to know him." Jim will be deeply missed by all.

Memorial Service will be held on September 23 at 1PM at Forest Lawn, 1500 E Antonio Dr, Long Beach, CA 90807. In lieu of flowers, the family prefers donations to be made in Jim's honor to Classical KUSC Radio.

James was a cousin - we shared the same last name - his father and my father were brothers. Reading this made me wish that I had known him apart from that family tie. What an interesting life he led. My condolences to his family.