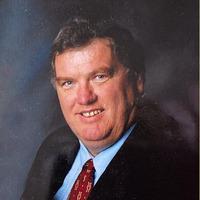 Dr Angel was an real angel on earth!. A BIG man in many ways, mostly heart! He is being amply rewarded now!

Jim was a kind and wonderful man. We knew him for many years and I have worked with in many patients. We will pray for him and for the family

What a great loss
.to society!

May God bless you and your family in this time of sorrow. I am so grateful to have had the privilege to work with Dr. Angel for so many years at Taylor Regional Hospital. What a wonderful physician and educator for patients and staff! He will be missed by so many!!

I would like to extend my condolences to the family on you loss of Dr. Angel. He was an excellent physician and friend to all of his patients including myself. He will be greatly missed. My deepest sympathy.

He was truly dedicated to serving the health needs to all of central Kentucky.

Thank you Dr. Angel for the privilege of working with you at Taylor Regional Hospital. You taught us so much, and always looked at the patient as a person, not a disease. You had a remarkable knowledge to see disease processes and diagnose them when others could not. Deepest sympathy to the family of whom Dr. Angel was so proud of, and spoke of often.

Our deepest sympathy to The family. Worked with his Mom, Jane, who was my very dear friend and was so very proud of James Prayers to all.

He diagnosed my prostate cancer, referred me to Vanderbilt, and I was treated effectively several years ago in Glasgow. Thank you Dr. Angel.

Get email updates about James Raymond Angel, M.D. delivered directly to your inbox.

James Raymond Angel, M.D. 69 of Lebanon, passed away peacefully at home surrounded by his loving family on September 17, 2020.

James was born in Lebanon, Kentucky and was the younger child of the late John and Jane Angel.  He was preceded in death by his beloved sister Elizabeth Smith of Harrodsburg, Kentucky.  James was educated in the farms and fields of Marion County in his youth, but also graduated valedictorian of Lebanon High School class of 1968.  He attended the University of Kentucky where he obtained the remarkable 99th percentile score on the national annual chemistry placement exam, but chose to leave college early in 1971 to pursue his dream of becoming a doctor.  He graduated at the top of his class from the Tulane University School of Medicine in New Orleans in 1975 and completed his Urology residency training through Tulane University at Charity Hospital in New Orleans in 1980.  His list of academic accomplishments included being named to the prestigious Alpha Omega Alpha medical honor society, winning the Tulane Medical School Owl Club Teaching Award, and he was the National Kidney Foundation and American Urologic Association Scholar in 1977.

James left New Orleans and returned home to central Kentucky and founded his private practice in Campbellsville, Kentucky in 1980.  He served the communities of central Kentucky tirelessly as a practicing physician and Urologic surgeon for 38 years before retiring in 2018.  He performed hundreds of thousands of surgeries, and was a passionate member of the medical staff of Taylor County Hospital (now Taylor Regional Hospital) as well as the Chief of Surgery for decades.  He was instrumental in the creation of The Cancer Center at Taylor Regional Hospital and founder of Taylor Regional Urology which continues his legacy of medical service in central Kentucky.

An intrepid adventurer and traveler, James explored the world but always was drawn back to Kentucky.  A lifelong farmer, he was also an avid outdoorsman and conservationist and served as an appointed Commissioner of the Department of Fish and Wildlife for Kentucky’s Fourth District for 13 years.  He volunteered much of his free time to the protection of Kentucky’s fish and wildlife, and cultivation of the next generation of adventurers through his time as a Commissioner and also as an Assistant Scoutmaster with local Boy Scout Troop 616.  His varied interests and fields of practical expertise included agriculture, hunting, fishing, chemistry and astronomy and he was a lifelong booster of University of Kentucky sports.

His interests may have revolved around the farm and the outdoors, but his true passion has always been his family.  He met his soulmate, a young nurse at Taylor County Hospital named Sherri Sapp who became his wife in 1982.  Over the course of 38 years of marriage and love they were blessed with a large family.  James is survived by his wife Sherri  Angel and their three children, Ben Angel, M.D. (Carolyn), John Angel (Sarah), and Meredith Angel, M.D. (Ryan); grandchildren Athena Angel, Vesper Angel, and Gwendolyn Angel; siblings-in-law, Michael Sapp (Shirley), Debbie Sapp, and Vance Smith; beloved nieces and nephews, Jordan Smith, Christy Sapp, M.D., Jason Sapp, Dawn Thompson, Dana Sapp, Jeffrey Sapp, and Kevin Sapp. He was preceded in death by his parents John and Jane Angel, his sister Elizabeth Smith; father and mother-in-law Thomas and Edith Sapp, and his brothers-in-law Terry Sapp and Thomas Sapp, Jr. and nephew Keith Sapp.

In keeping with James’s wishes, memorial contributions may be made to the Make Today Count support group at The Cancer Center at Taylor Regional Hospital.

His family would like to thank his many colleagues, the entire staff of Taylor Regional Hospital and Spring View Hospital, valued managers Susan Kelly and Josh Purdom, his treasured friends and his many devoted patients.