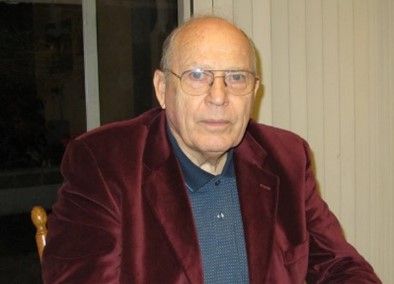 James H. White, 89, died in his sleep at his nursing home in Norwalk, California. His health had been declining since August due to heart and pulmonary issues and he endured many hospitalizations, which was hard on him. It was his decision to refuse further treatment and he joined his beloved wife, Arda, of 50 plus years.

James worked in sales/service for the Glenn C. Leslie Company (Auto-typist) from 1955 to 1958. He worked for Swift and Company in institutional sales from 1958 to 1961. A purchasing agent for Owens Illinois from 1961 to 1966. Sales/service for Powerline Fastening Systems from 1966 to 1981. An industrial sales representative for MCS Marketing Company developing territories from 1981 to 1994. A courier for Zymax Evirotechnology from 1994 to 2005. James was an insurance Agent for PRG, CNA, and Modern Woodmen from 1979 to 2012. Motor patrol officer/security for PCM in Laguna Woods from 2006 to 2012.

James met and later married Arda Esther Wahl in Los Angeles in 1957. They had a one daughter, Kyra. Arda later became a full-time homemaker and mother, and they moved to Glendale, California, where they lived till their daughter graduated high school. They then moved to Northridge, California for a year, and later to Irvine, California in 1978. Together James and Arda remodeled and sold many homes in the Southern California area.

James was a volunteer prayer counselor/captain at TBN and CBN Networks. He was a chaplain for Senior Citizen's for Christ and held church services in nursing homes along with Arda. He helped and donated funds to many religious organizations. He had a strong personal faith in God and attended church. He enjoyed reading the Bible and listened to and watched religious programming.

James loved his two grandsons, RJ and James. He helped his wife take care of them as infants and preschoolers. He attended their school, church functions, and sports activities. He and spent many hours mentoring them in gardening, house repairs, or painting and paid the boys for chores completed.

Due to James and Arda's health, they moved into assisted living for five years. Arda suffered various health issues. After a rapid decline of her health, Arda passed away quietly. James missed her greatly and almost passed away himself. Four years later, he went to be with his Lord and Savior, Jesus Christ, and was reunited with the love of his life, Arda, his parents, Mary White Helsley & Clarence L. White, sister Virginia Pryne, brother Robert White, and other family and friends. James is survived by his brother, Richard White, his daughter, Kyra V. Ytzen, Son-in-law, Richard J. Ytzen, and two grandson's Richard J. Ytzen, IV (RJ), and James P. Ytzen.

I will always remember his kindness to me! Not only was he an Uncle but he was a dear Christian friend and prayer warrior. I know he is in paradise and I celebrate his life.

We have so many memories of Jim at Family events over the years! Jim was a wonderful person!
RIP , Jim!

May the memories of your dad give you peace and comfort.