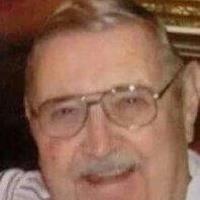 I was so saddened to hear of Uncle Don's passing. He always had a way of making every one around him smile and gave some of the best bear hugs around. Sending love to all of my family.❤

I was sister in law to Donnie's brother Dave. Donnie was so kind to come when Dave passed suddenly in 1997. He was so kind and supportive to our family at such a sad time.

I have known the Hornick family since his father was our minister in Plymouth, In. His father married me in 1966.
Our two families shared many fun times. I was fortunate to see Jay and Margaret one time when they were in AZ.
He was a wonderful fun loving person. I have many wonderful memories of the entire Hornick family. I am sending love and prayers to all of them. He will be greatly missed.

WE did not know Jay, but we know his daughter-in-law, Joelle. We are sending our deepest condolences to Joelle and her family as well as the rest of the family.
Life is so short, Praise God for the memories.

So very sorry to hear about Jay's passing. Doug & I remember one very hot summer day at our very first church event 32 years ago, Jay was one of the first person's to come up to our family and make us feel welcome and a part of the group! Jay was always a dear friend and a strong pillar of the church he loved so very much. He will truly be missed by everyone who knew and loved him!

You are all in my thoughts and prayers with the loss of your father and grandfather. May beautiful memories give you strength in these difficult days.

Margaret, I am so very sorry to hear about Jay. He was my favorite person. Love you so much. Praying for my twin.

Dear Cousin Margaret and Family, I was so sorry to hear Jay had passed. May the Lord comfort you all in the days ahead with His Love, Courage, Strength and Peace. God Bless each one of you and carry you through this time of sorrow. Love and Prayers, your cousin, Sue (Reed) Jenkins

So sorry to hear of the loss of Uncle Jay. Sending prayers for comfort

Get email updates about Jay Hornick delivered directly to your inbox.

Jay A. Hornick, 81, passed away peacefully on Thurs, July 18, 2019 at his home. Jay was best known as a family man who was so very proud of his children and grandchildren—and he wasn’t afraid to tell you all about them! He enjoyed traveling to see his family when able, watching sports, and looking at the birds outside his window.

His marriage was to Margaret Huddleston on August 30, 1959 and she survives.

Jay was President in the family business J & M Transfer before retiring.

Jay was preceded in death by a brother, David Hornick.

In lieu of flowers due to family allergies they request donations to Christ UMC or Unity Chapel UMC at 1760 Lost Creek Rd. NW Ramsey, IN 47166.