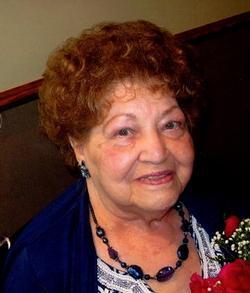 At. Jean will be remembered at St. Francis of Assisi Church as a warm-hearted child of God. Our Deepest sympathy at this difficult time. May God keep her in the palms of his loving hands forever. Ron and Camille DeRenzis

What a journey your family has had. I have such fond memories of Mrs. Claps from my high school years and beyond. She was a wonderful lady and the world is a better place because she was in it. My condolences to you all.

Get email updates about Jean Claps delivered directly to your inbox.