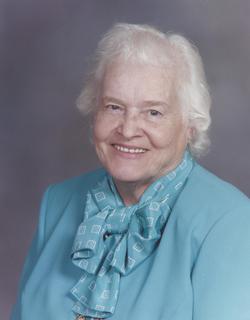 I had the privilege to meet Jeanette in Jan.1996 when she kindly took me into her home for the following 7 months while I worked with her Daughter Lynn at Jenny Craig. Being a long way from Ireland Jeanette made me feel like one of her own family and did everything she could to make me feel at home. I will never forget her hospitality and kindness to me during my stay. I was so glad she got to visit Ireland that year and visit my home. My one abiding memory of Jeanette will always be of her...

Billy, Lee, Claude, Jeanette, John, Meda, Lynn. So sorry to hear of your mom's passing. She was the last of the "old guard" moms from 75th Avenue. Remembering the trip to Expo '67. Seems so long ago and also like it was yesterday. We shall fondly remember her as she was from our childhood days. She had a good long run. Rest in peace, Mrs. Harris.

Eric (Michelle) Jenkinson nephew to Jeanette. We send our condolences. She will be missed dearly.

We remember her so well when she visited her daughter, Sandy, in Columbus, Ms. We had the best time laughing and fixing the best dinners at Sandy's house. She was of strong character and resolve with a sweet smile and laugh. My wife,Brenda, and I will miss her as we also miss Sandy. Not a day goes by that we do not see something in nature and how it reminds us of the both of them. God Bless her soul and God Bless all of her family!
Sid and Brenda Caradine
Columbus, Ms.

Jeanette was a devoted mother and grandmother. She gave me good advice when I was having babies and later raising teenagers. As Grandma to my three children, Beth, Will & Dan, she spent many summers traveling to visit them. She took Beth to Hot Springs, Arkansas one summer along with her husband, John and daughter, Lynn. Grandma made sure Beth received treatments for her juvenile rheumatoid arthritis. Beth remembers this trip fondly. Will & Dan would go along on excursions to the flea...

So sorry for your loss. Jeanette was a special woman, caring, and generous. She welcomed me and my children into her home as if we were family. At Easter my children got baskets just like her 'real' grandchildren did. We were included in family celebrations; in fact the first wedding shower my daughter attended was at Jeanette's house, not at one of my relatives' homes. She and her daughters made me feel like one of the family and I am forever grateful. Jeanette will be missed by all who knew...

My favorite memory of Grandma is of her coming to visit, zipping up to the farm in her convertible gold mustang...the kids loved cruising with her in it...who has the cool grandma...

Charming, unpredictable and funny in her own way. Her legacy will live on through her children and their families. God rest her soul in peace.

Get email updates about Jeanette Hickey delivered directly to your inbox.

Jeanette La Vern Hickey, 88, died at her Villa Park home on Friday, February 12, surrounded by her family in a room filled with pictures of her children and their families. Born on May 10, 1927, to Jeanette (Jennie) Hannephin nee Mulcahey, Mrs. Hickey was the granddaughter of Mary Cairns and Thomas Mulcahey of Chicago. Very early in Jeanette's childhood she was taken in by Claire Lillian Strawn and her then husband Arthur Bernard Strawn. Jeanette first lived in Bellwood and later in a near westside neighborhood near Garfield Park. She would often visit the nearby Garfield Park Conservatory, developing a life-long love of plants and flowers. Later, as an adult and mother, she would take her children to enjoy the Conservatory's beautiful botanic displays. She was especially fond of orchids. As a teenager she became a majorette and marched in parades in several out of state cities during World War II. Also, Jeanette became an excellent roller skater. As she neared the age of eighteen, Jeanette was adopted by Claire Strawn who loved and raised her.Jeanette met her future husband, William Henry Harris at a Chicago roller skating rink while he was on a weekend pass from the Great Lakes Naval Training Center during World War II. In 1945, while Seaman Harris was on temporary assignment on the East coast, she and Mr. Harris were married in Baltimore, Maryland.The newlyweds first lived in Chicago. Then they moved to Stickney Township, staying with Jeanette's adopted sister and brother-in-law, Frances and David Black and their son, Charles.In 1952, the family purchased a home in Palos Hills. There, they had a very large vegetable garden and Jeanette canned and pickled its produce. Jeanette grew a variety of flowers that bordered their Cape Cod style home. While raising her growing number of children, Jeanette worked as a part-time bus driver; she often took her children with her on the bus. During the summers, Jeanette took her children to the Willow Springs Swimming Pool for Red Cross swimming lessons. Jeanette and her family enjoyed boating, aquaplaning, swimming and the beach in the Illinois Chain of Lakes. Often, on very hot summer days she would take her children to Rainbow Beach, on Chicago's lakefront. She, her husband and their seven children took several vacations to Marathon Key, Florida in their non air conditioned red Ford Falcon station wagon with a much larger 17 foot boat in tow. They traveled on non interstate routes through the Great Smokey Mountains. Later, Jeanette took five of her children to see Expo 67 in Montreal, Canada in her first of three Mustang convertibles, a shiny new 1967 Kelly green Mustang.Jeanette and William Harris divorced and she later married John William Hickey, a native of Hackensack, New Jersey. They first met at the Lake and Park Inn, in Palos Hills. Both were drawn by the venue's country western music. They and their daughter, Lynette (Lynn) moved to Villa Park in 1980. Jeanette and her husband bought a cottage in Woodsmoke Ranch near Seneca, in LaSalle County, IL. They loved its western atmosphere, complete with an old western town motif which included: staged gun-fights, barn with stabled horses, general store, saloon, and swimming pool. At nearby Seneca,they watched boats passing on the Illinois River while having dinner at the yacht club.In the 1950s' Mrs. Hickey worked for the Clark School Bus Company of Palos Hills and later worked as a North Palos School District 117 crossing guard. In the mid 60's she went to work for the Palos Hills Police Department as a radio dispatcher and also worked as a Pinkerton security guard. In 1975, Jeanette was employed by the Illinois Department of Employment Security and was an administrative assistant when she retired in 1989. In retirement, she once again became a part-time school bus driver. This provided her the opportunity to ferry Olympians during the 1996 Atlanta Summer Olympics.Jeanette was: a Past Worthy Matron of the Cyrene Chapter 454, Order of the Eastern Star, Oak Lawn; a Guardian of Job's Daughters, Villa Park Chapter; and past member of: Women of the Moose; Villa Park Garden Club; District 117, Quinn School PTA; International Association of Personnel in Employment SecurityJeanette enjoyed musicals, plays and 1940s', 50s' and country western music. She adored her pet dogs, cats and birds. She had a passion for travel. Jeanette visited Canada, Ireland, Japan, Puerto Rico and Hawaii and traversed the continental United States. Mrs. and Mr. Hickey often drove their large motor home on their travels. She and her husband enjoyed taking their daughter, Lynn and several of their grandchildren on convention trips.Mrs. Hickey is preceded in death by her husband John Hickey, her daughter, Sandra Hooker and her siblings: Mary Mauter, Charles Hannephin, Russell Elliott; Merrill Hannephin and her adopted sister, Frances Cleo Black. Ms. Hickey is survived by seven children: William (Suzanne) Harris of Naperville, IL; Lee (Milda) Harris of Palos Park, IL; Claude Harris of Largo, FL; John Harris of Richmond Beach, Wa; Jeanette (Michael) Marback of New Lenox, IL and Meda (Gary) Thyer of Corona, CA; Lynette (Donald) Ball, Villa Park, IL; thirteen grandchildren and seventeen great grandchildren and also is survived by her brother, Le Roy Feldman Jenkinson of Bedford, NH. Visitation on Tuesday, February 16, 2016 from 3-8 p.m. at Steuerle Funeral Home, 350 S. Ardmore Avenue, Villa Park, IL. Lying in state Wednesday, February 17, 2016 from 10:00 a.m. until time of funeral service 10:30 a.m. at Community Congregational Church, 410 S. Cornell, Villa Park, IL. Interment to follow at Arlington Cemetery in Elmhurst, IL. For additional information 630-832-4161.