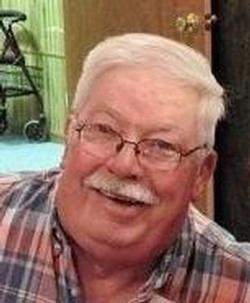 My heart is with you at this time of sorrow..

Our deepest and sincere sympathy goes out to your family at the passing of your husband, father, grandfather, son and brother.

We are so sad for you Luellen and your family. We are praying for you and thankful he is with the Lord. We will continue to remember all of you in our prayers in the coming days and weeks. We made a donation to your church in Jeff's memory. Much love from your cousins in Arizona and Australia.

Prayers going up for your entire family.

Luellen I am so sorry I have no words. Twenty years ago I went through this and will be there for you any way possible. So glad you posted your wedding picture recently. Love and prayers to the entire family.

I am so sorry for your loss and know that you will be in my prayers.

So sorry for you loss. My thoughts are with you and your family.

Get email updates about Jeffrey Miller delivered directly to your inbox.

Jeffrey Wayne "Jeff" Miller, 66, Bicknell, passed away Sunday, January 15, 2017 at Good Samaritan Hospital. Jeff was born January 31, 1950, in Linton, the son of Dallas Wayne "Speed" and Shirley Ann "Shug" (Heidenreich) Miller. He married Luellen Byrer on November 11, 1972. Jeff graduated from North Knox High School. He was a farmer, mechanic, entrepreneur, and coal miner. He worked on the family farm most of his life, owned J and G Sunoco and Miller Racing Parts in Freelandville. He was the best dozer operator at every coal mine where he worked and retired from Peabody Coal Company. Jeff was an active member of the Bicknell First Baptist Church, serving in the past as Deacon and hosting the annual church wiener roast.Jeff is survived by his wife of 44 years, Luellen; mother, Shirley Miller, of Edwardsport; sons, Jared (Laura) Miller of Whitestown, IN, Nathaniel Miller of Evansville, and Derek (Melinda) Miller of Bicknell; grandchildren, Gavin, Ava, Ivy, Nova, Trenton, Gabriel, Journey, True and Emma; brothers, Randy (Vonda) Miller of Bicknell and David (Sandy) Miller of Owensboro, KY; sisters, Jean (Bill) Schroeder of Freelandville and Susie (Jerry) Cardinal of Oaktown; and several nieces and nephews.He was preceded in death by his father, Dallas in 2015.Funeral services will be held on Friday, January 20, 2017 at 10:00 AM at the Bicknell First Baptist Church, 317 Washington St. Bicknell, IN 47512 with Rev. Seth Alexander officiating. Visitation will be held on Thursday, January 19, 2017 from 4:00 PM to 8:00 PM also at the church. He will be laid to rest at Bethel Cemetery in Freelandville, IN. Memorial contributions may be made to the First Baptist Church. Fredrick and Son McClure-Utt Funeral Home Bicknell Chapel assisted the family with arrangements. Online condolences may be made at www.fredrickandson.com.