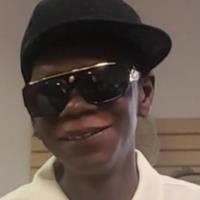 My son gone home to be with the Lord. I know in my heart and mine he will never be forgotten. Rest on my son and take your seat.

Roenia,Delemetria and Thomas Grant. Praying for you.

You fought a good fight. No more suffering and no more pain. Don't worry about ma you know me, Josh, and the crew got her. You already know we gonna miss you. It still seems like a dream. But as long as I know you are not suffering anymore, I am okay. You are now our angel watching over us. Flying high in the sky. Melly Mel, Cynthia, Tyrone, Peter, Joseph and the rest of the family in heaven welcomed you on in with opened arms. It is gonna be hard living without you big brother. I...

I had the pleasure of meeting Jerry when he and his family moved to Dunedin also known as Lee Hall. Our mothers worked together in the kitchen on the campus of Central State for many years. Jerry had a kind spirit, always had a smile and reminded me of Dave Chappelle. As kids, he often talked about getting a Studebaker. I don't know if he ever got this prized possession but there isn't uncertainty that he received his wings from the Master on May 7th as he cruised into the sunset of...

I am saddened to hear of Jerry’s passing. My prayers are with Ms Burrow, Frenchie and the Burrow/Burks family during this difficult time. Earth has no sorrow that Heaven can’t heal.

Get email updates about Jerry Burrow delivered directly to your inbox.

Mr. Jerry Lamont Burrow, affectionately known as “Burrows”, transitioned from this life and entered eternal rest on Friday, May 7, 2021.  He was born on October 11, 1971 in Richmond, VA, to Edna Burrow, but spent his younger years living in Colorado Springs, CO.

Jerry received his education in the Petersburg Public School System. Later, he went on to Potomac Job Corps Center in Washington DC, where he received his GED and his Certified Nursing Assistant Certificate.  He worked several nursing jobs throughout the years until his health declined. He was also a dedicated employee for Cantu Food Service at Fort Lee, VA.  Jerry accepted Christ in his life at an early age.

Jerry was known for being the “jokester” of the family.  He loved listening to all kinds of music, riding around the town, and telling jokes.  He was our family go to man, he was the handyman, the plumber, the babysitter, or anything we needed him to do at the time.  If you needed help Jerry would help you.  He also loved spending quality time with his nieces and nephew and his best friend, Josh, and his mama.  Jerry will always be known as a “mama’s boy.”

A special thanks to the staff of Capital Caring Health Advanced Home Care and Hospice and Nurse Karen, for all the special care provided to Mr. Burrow during his time of need.  Also, a special thank you to Dr. Charles Miller at Johnston Willis Neurological Associates and Dr. Yogesh Gandhi at Virginia Cancer Institute for all your support.