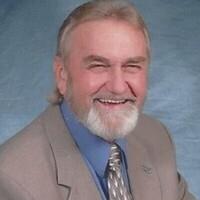 Jerry was a customer of mine for a very long time. I am gonna miss our barbershop talks about everything. He loved his family so much and was one of the nicest guys I know. I’ve cut Jerry’s hair every month for 25+ years, I’m truly gonna miss him. ❤
I’m happy to know he is in Heaven with his Son and Granddaughter, he missed them so much. My prayers are with his family. Much love to you all!

If I didn't believe you were in a better place I would be looking forward to seeing you back in the old pool room where we did such things as fussed, laughed, agreed, disagreed, made fun of each other, and sometimes even made intelligent decisions. How ironic that life is so short. I will miss you my friend.

Jerry, you will be so missed by all who knew you. You always had a smile for everyone. Fly with the Angels, my Friend!!!!

May the love of friends and family carry you through your grief. I know Jerry will be missed by many.

Denny and I are so sorry to hear of Jerry’s passing.Denny graduated with him at Model in 1959. Jerry was such a likable person and always had a smile. He was the only person that I can remember dancing with ( he was a great dancer, I wasn’t!) at Teen Canteen. We will miss him at the Model reunions as he always came. Prayers of comfort for his family.

Jay, We are so very sorry to hear about the loss of your father. Please know that our thoughts and prayers are with you and your family.

Jerry and I grew up together in Shannon and have a lot of memories of playing sports together and dating girls. I'll miss him just knowing he is no longer here. Sincerely, Wayne Phipps.

We pray that God’s mercy and grace will flood over you and the Holy Spirit will comfort you!!

Jay you and Alexis are in my thoughts and prayers! Jerry was such a sweet, caring man!❤

Get email updates about Jerry Massey, Sr. delivered directly to your inbox.

Jerry was born in Trion, Georgia on December 5, 1939, son of the late Marvin Austin Massey and the late Ruby Stiles Massey. In addition to his parents, he was preceded in death by a son, Jerry Wayne Massey, Jr.; a granddaughter, Meagan Elizabeth Massey; and a brother, Kenneth Charles Massey.

Jerry graduated from Model High School in 1959 where he lettered in all sports. He proudly served in the United States Army Reserve during the Vietnam War Era and received the National Defense Service Medal and M-1 Rifle Expert. He was a member of the Oostanaula Lodge #113 and the National Rifle Association. He was a Shriner and a member of Rome Shrine Club. He also served as a deacon of Calhoun Avenue Baptist Church. Jerry retired from Inland Container after 35 years of service.

Graveside service will be held on Thursday, August 6, 2020, at 11:00 am at Oaknoll Memorial Gardens with the Rev. Barry McCullough officiating. The American Legion Post #5 Honor Guard will present military honors.

Mr. Massey will lie in state at Henderson & Sons Funeral Home, Oaknoll Chapel on Thursday, August 6, 2020 from 9:30 am until 10:45 am.  Social distancing measures will be observed.

In lieu of flowers, the family requests donations be made to Calhoun Avenue Baptist Church in Jerry’s memory.