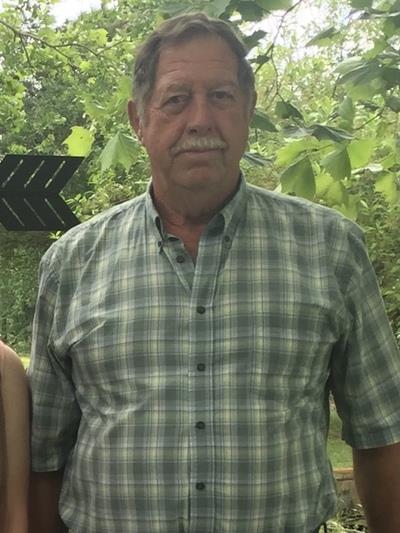 Jimmy will be missed. Our gratitude is continual for those who went to battle for our country and then suffered lasting effects from exposure to chemical weapons. Our veterans are precious and honored. I will remember Jimmy for his love of God and country, faith in our representative democracy, and defense of our Constitution and Bill of Rights. His knowledge and research into issues that would either preserve or threaten our sovereignty both personally and nationally were admirable.

Tracy, I am very sorry for your loss.

Brother Jimmy, look forward to seeing you on "the other side." You served your family, your community, and your country well. May you truly rest in peace and know that God will take care of your family. Amen!

Jimmy was a good neighbor and friend. He will be missed.

Jimmy was such a nice man. Always kind. I know he will be missed by all who knew him. Prayers for his family and friends.
Carolyn Hight
June 10, 2021. Taylor, AR

Prayers for all. I am so sorry for your loss

Jimmy was always kind, funny and could really tell a tale. He will be missed by many

Jimmy was a very good friend and have known him for a number of years he come from a wonderful family and was a good faithful Christian man, prayers for his family for God's strength now and in days ahead.

Get email updates about Jimmy Clark delivered directly to your inbox.

Jimmy Dale Clark, 74, of Lewisville, Arkansas passed away on June 10, 2021. He was born August 5, 1946 in Lewisville, Arkansas to Clarence and Aubrey Thomas Clark. Jimmy was a member of Knighton’s Chapel Missionary Baptist Church. In 1966 he joined the US Air Force where he was a military police officer in Vietnam. Over the following years he worked for the Arkansas State Police and as a Lafayette County Deputy. He worked many years for Dow Chemical, now Albemarle, as chemical technician until his retirement. Jimmy enjoyed hunting, fishing, and building guns. He was a master storyteller but most importantly spending time with his daughter and grandchildren.

Jimmy was preceded in death by his parents; and brother, James P. Clark.

Funeral services will be held at 2:00P.M. on Saturday, June 12, 2021 at the Smith Funeral Home Chapel in Stamps, with James Ross and Robert Bull Carmichael officiating. Interment will follow at Knighton’s Chapel Cemetery in Lewisville. Visitation will be Friday, June 11, 2021 at the Chapel from 6:00P.M-8:00P.M.