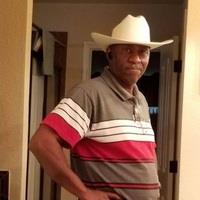 Wow! Mr. Jimmy! So sorry to hear this news! Thank you for the many many many talks that we had about how to get my grass like your grass! You had the best lawn in the neighborhood by FAR! I finally got my lawn (about 95%) like your lawn and I was coming by to show you but I had not seen you sitting in your driveway for a little while now, so I knew something was different, and then I found this :(!

Get your heavenly rest Mr. J!

May your hearts soon be filled with wonderful memories of joyful times together as you celebrate a life well lived. Love Carolyn Bryant and the South Carolina Family (Julia Family)

Cousin Sue. You all are in our thoughts and prayers and we are deeply saddened. We love you. Cousin Myron (Coco) Lee and Ted Arneson.

Grief can be so hard, but our special memories help us cope. Remembering you and your loved one today and always. I am praying for you and your family.

May God bless you and your family. My condolences to you and the family. Love you Aunt Pam & Uncle Jerry

Get email updates about Jimmy Griffin delivered directly to your inbox.

Funeral services for Retired SFC Jimmy Ray Griffin, 58 of Killeen, TX will be held Wednesday, May 19, 2021, 12:00 p.m. at Greater Vision Community Church in Killeen, TX. Burial with military honors will follow the service at the Central Texas State Veterans Cemetery in Killeen, TX.

Jimmy R. Griffin was born in Ashland, Alabama, the baby boy to Willie and Annie Lee Griffin on December 30, 1962. He attended and graduated from the public school system of Ashland. Jimmy was baptized at an early age. He later met and married Valinda Lawrence on March 13, 1987.

Bro. Jimmy was an avid watcher of golf, basketball, and football (“Roll Tide!”). He loved bowling and considered himself to be the best bowler around!

Bro. Jimmy Griffin was preceded in death by his parents; Willie and Annie Lee and two brothers, Jerry and Willie.

He leaves to cherish his memory, his wife Valinda “Sue”; 3 daughters: Sabrina, LaToya, and Tangela; 5 grandchildren, Janece, Drevante, Deajah, LaTrajua, and Armand; 2 great-grandchildren; Jaden and Dymari; and Godson Anthony (all of TX); his sisters; Mary Ann Parker (AL), Edna Faye Welch (Paul)(AL), and Linda Williams (Spence)(FL); along with a host of family and friends.