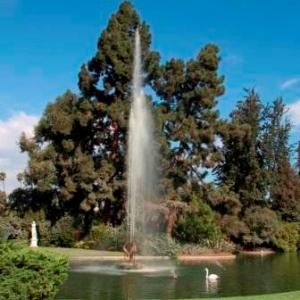 Bob followed me as Verdugo Hills Council President and I worked with he and Joan for many years. They both were a pleasure to work with and demonstrated the best of scouting. They are both missed and will not be forgotten.
Bruce Hinckley

Joan Hoyle Nellis, for 66 years the loving wife of Robert "Bob" Doty Nellis, passed away in the Sacramento area on December 24, 2021 at the age of 92. Joan lived a life of service to her community. She was born Joan Bannister Hoyle on September 29, 1929 in Los Angeles, California, attended Inglewood and Glendale schools, including Glendale High School, Glendale College and Whittier College, where she earned her teaching credential. She started her elementary-school teaching career at Dunsmore School in La Crescenta, but after she and Bob married on December 19, 1953, she moved to San Diego and lived as a navy wife while Bob served as a naval aviator in the Korean War. When Bob left the military, they moved to Montrose and began a family before settling in La Crescenta. Joan taught at Monte Vista School for some time, but after her third child was born, she retired from teaching. Bob and Joan took over the Campus Cleaners (where Bob had worked after leaving the navy), a business they successfully owned and operated from 1972 until their retirement. As an active member of the PTA at Dunsmore School, she served a term as president, organized newspaper recycling and participated in a myriad of activities. She also was a Girl Scout leader, a Cub Scout Den Mother, a volunteer for a Boy Scout troop and an adviser for an Explorer Post, earning the Silver Beaver award to honor her service to scouting. In the early 80's, Joan joined the Glendale chapter of Altrusa, an international women's service club in which she immersed herself in a variety of service projects until she was almost 90 years old. In addition, she and Bob were active members of Unity Church of the Valley for many years. She is predeceased by Bob (June 18, 2020 after which she moved to the Sacramento area), her parents Arthur and Annie Hoyle, her in-laws Albert and Doris Nellis, and her son Robert Arthur "Bobby" Nellis. She is survived by daughters Sue Nellis and husband Mark Gorton (of Sacramento), Debbie and husband Bob Koach (of Montrose), and Julie Nellis (of Bishop); grandchildren Whitney Gorton Clark and husband Woody Clark (of Chicago), Jared Gorton and partner Kathleen Buckingham (of Sacramento), Nikole Koach and partner Cruz Molina (of Olympia, Washington), Clayton Koach and partner Bekah Charters (of La Crescenta-Montrose), and AJ Doegris (of Bishop); and great-grandchildren Fera and Greta Koach-Molina (of Olympia). Joan was a wonderful mother, grandmother and great-grandmother, and will be missed for her love of music and devotion to her family—as a forward-thinking woman, she intentionally raised three strong daughters and championed recycling before it became popular. A joint memorial service will be held for Joan and Bob on Tuesday, December 28, 2021 at Forest Lawn Hollywood Hills at 12:30 p.m. Donations in their memories may be made to the Verdugo Hills Council, Boy Scouts of America, Altrusa Club of Glendale, and to the Muscular Dystrophy Association.