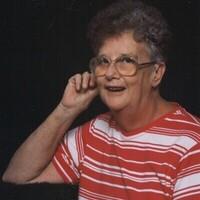 Get email updates about JoAnne Bensley delivered directly to your inbox.

JoAnne attended Jefferson High School in Cedar Rapids, graduating in 1960.   She married Harold L. Brown in 1961 and lived in Marion, Iowa for several years while raising their two daughters, Laurie and JoLynn.   JoAnne later married Phillip Bensley in 1975, residing in Cedar Rapids prior to moving to Texas in 2015 to be closer to her daughter, Laurie.   JoAnne had a love and passion for animals as well as the elderly throughout her life.  She worked in nursing homes as an Oral Med Tech and as an independent caregiver to those that needed additional help.  JoAnne loved her family and enjoyed visiting with them as much as possible.

A Memorial Service will be held on Tuesday, March 9, 2021 from 5-7 PM in the Chapel of DeBerry Funeral Directors in Denton, Texas. A graveside service will be held at the Dallas Fort Worth National Cemetery in Dallas, Texas on March 10, 2021 at 1:15 PM.   In lieu of flowers, the family suggests donations in her memory to Critter Crusaders of Cedar Rapids.