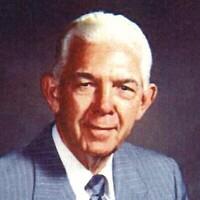 I want to commend you for the very appropriate public celebration of your fathers life. The community has lost our premier historian, story teller, harmonica player and author. I often sat with him at Rotary and greatly enjoyed his company and friendship.

Carolyn and Rick sorry to hear of Mr. Appleyard's passing. Many great memories.

Mr. Appleyard was such a kind, intelligent and giving soul. Always enjoyed his talks and visiting with him at events downtown. What a positive impact he made on so many in his life. He will be missed.

One of the most beloved and respected gentlemen in Pensacola. May you find comfort n knowing others care.

Our sincere condolences. When someone you love becomes a memory, they become a treasure in your heart forever. May your treasured memories fill your heart with love and bring you peace. May God be with family and friends.

To all the family — Bill and I are sending our love and prayers to you. We both were honored to have known John for so many years and have the greatest memories of him as a very special friend, mentor, and just the wonderful person he was. Like all of Pensacola, we will greatly miss John and Eleanor. You are all in our thoughts and prayers! With love, Bill and Tish Pennewill

Get email updates about John Appleyard delivered directly to your inbox.

Born November 14, 1922, to Leslie and Emma Appleyard, John grew up in Chicago, IL, where he developed a lifelong passion for the Chicago Cubs. He relished telling stories of his family’s peony farm known as The Grove, north of Chicago and his adventures as a young boy going to the Chicago World’s Fair. Today the Grove is 145 acres of ecologically diverse prairie grove land preserved and maintained by the Glenview Park District.

John attended Northwestern University, Oxford University and graduated from the University of Delaware. He served in combat in World War II in Germany. John married Eleanor Kriebel July 13, 1945, and began their married life in Beaver Falls, PA. They moved to Pensacola, FL, with Armstrong Cork Company in 1950. In 1959 John and Eleanor founded the Appleyard Agency and he began a stint as the executive director of the Florida’s Quadricentennial. This assignment led to his lifelong fascination with the history of Pensacola. The Agency served a broad variety of clients in commerce, healthcare, utilities and government, including the Hospital Research and Development Institute, a thinktank of leading not for profit hospital CEOs across the country. He led HRDI for 25 years.

John became renowned for his work in Florida history and in furthering patriotic causes, earning more than 100 Freedom Foundation awards and serving on the committee which created Pensacola’s WWII and Korean Memorials.

John was author of more than 120 books and monographs on local history including mystery stories, family histories, and novels. His histories included in-depth accounts of all phases of local government. He also authored numerous radio and television historic programs, including a 30-part history series for Cox Cable and the Escambia County school system, many instructional films and plays. He wrote a weekly column on Pensacola history for the Pensacola News Journal.

A longtime baseball fan, at age 95 he received a 5-year contract to do color commentary for the Pensacola’s Blue Wahoos, an assignment he treasured.

He was a frequent lecturer for local organizations, the Heritage Foundation, PJC and UWF. In 1991 he led the family in creating a family foundation.

He was a five decades’ member of Downtown Rotary Club, that club’s president and a Paul Harris Fellow. He created the Rotary Rooters and loved playing his harmonica and harmonizing with them.

A longtime member of First Presbyterian Church, he served as an elder and teacher.

He received numerous citations from professional, health, education, and civic organizations for past service. In 2016 he received an honorary doctorate from the University of West Florida and the UWF Historic Trust created the Appleyard Storytelling Cottage in the historic district.

John was devoted to his wife Eleanor, visiting her daily during her years at the Haven and mourning her death in July.

A family graveside service will be held at St. John’s Cemetery. A celebration of John’s life will be held on the concourse at the Wahoo stadium on Monday, October 26, 2020 at 4 p.m.