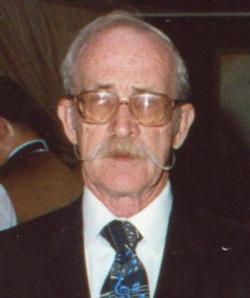 Dear Joanie and all the Family

Monica,I,and Jack had a special connection in his wife Judy, my dear first cousin,We spent many a year of good times together, of which we'll cherish the rest of our lives. May he rest in peace, and may the rest of the Family find peace in knowing he's in good hands.

God bless you all

A true loss for the town of Deerfield, The fair will never be the same. Rest in Peace Jack Chuck and Wendy Margelot

Jack was a wonderful gentleman, an awesome farrier, and always had a funny joke to tell. One more than one occasion his expertise saved my horses. He will be surely missed. Couldn't ask for a finer person. Peace.

Our deepest condolences to Jack's family. His wit and his wisdom will never be forgotten. We feel blessed to say he was part of our lives.

OUR deepest sympathy to all the Sullivan family on the passing of your brother Jack.our thoughts and prayers are with you.

Sullivan family, I'm so sorry for your loss, I was out of town and just found out last night that your brother passed away. My thoughts and prayers are with you and your family.

From a fellow farrier, Jack will be missed. Jack was one of the first horseshoers that befriended me when I first started shoeing in 1979. Jack and I shared many a cup of coffee and conversation over the years. I always looked for him at the Deerfield Fair with his Abe Lincoln hat. Jack always had a good joke or two, or three. And he always tried to tell them with a straight face, but I could usually detect his subtle grin. Jack and Judy always welcomed me in whenever I'd stop by their...

You could not ask for a better neighbor for 35 years.

Get email updates about John "Jack" Sullivan delivered directly to your inbox.

John "Jack" Francis Sullivan, 75, of Deerfield, NH, died May 17, 2015, surrounded by his loving family, at Bedford Hills Center, after a period of declining health. Born in Manchester on April 29, 1940, he was the son of John Joseph and Lorraine (Mooney) Sullivan Jr. He resided in Deerfield for thirty-five years.Jack graduated from Manchester High School Central. He served in the United States Air Force Reserve at Grenier Air Force Base, Manchester. He held the rank of airman first class. Jack was called to duty during the Cuban Missile Crisis. In his early years, he was a bartender at Pop's Cocktail Lounge in Manchester. Until his retirement, he was a farrier-horseshoer for thirty-five years.Along with his wife, Judi, he helped form the Emergency Medical Team of the Deerfield Fire and Rescue Department, where he served as president for two years as well as a volunteer firefighter. He was an active supporter of the annual Deerfield Fair. Jack was a celebrated artist, winning ribbons for his realistic acrylic paintings on canvas. He was also known for his love of animals, tenor voice, and graceful moves across the dance floor.He was married thirty-nine years to Judith J. (Kretchmar) Sullivan. She died January 3, 2006. He was also predeceased by his brother, Christopher Sullivan.Family members include a brother, Edward Sullivan and his wife Linda, of Manchester; seven sisters, Kathleen Sullivan, Eileen Sullivan, Margaret Chiasson, all of Manchester, Mary Nickson and her husband, Philip, of Lake Wales, FL, Joan Flurey and her husband, Rene, of Manchester, Lorraine "Lori" Errigo and her husband, Michael, of Palm Bay, FL, and Sister Patricia Sullivan of the Sisters of Mercy Northeast Community; and many nieces and nephews. Services: Calling hours are Wednesday from 4 to 7 PM at Connor-Healy Funeral Home and Cremation Center, 537 Union Street, corner of Concord Street, Manchester, NH.The funeral will be held Thursday in the funeral home at 10AM.