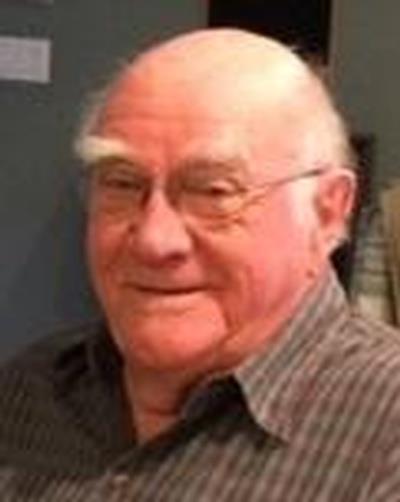 Deepest sympathy to John's family - Here's to the good times.Thanks for the lovely memories, John.

Those who pass on God keep in his memory because he cares for them sorry for your loss.

For my mom, Rosemary, my Aunt and Uncle Fran and Jim, Aunt Kathleen and my cousin Michelle along with her husband Brian and son Ben... John will always have a warm place in my heart. He provided us all so many wonderful memories at the lake that became part of our childhood tapestry. He had an insatiable appetite for any new interest and loved to share his knowledge, always with humor and a twinkle in his eye and never overshadowed by those magnificent eyebrows. I'm going to miss you, Uncle...

I am so sorry to hear of Johns passing. Many years ago, John introduced me to Lake Winnipesaukee and I immediately fell in love with the area just the way that he did. I have so many fond memories at the lake with John and all the family. I am thankful to hear that New Hampshire will be his final resting place. Wishing him peace and solace in the place that he loves.
-John Calabro

I have known the White family for many years. My parents the Yeatons use to live next door to your parents on Rutland Street. I have great memories of the whole family. Having served in the armed services of this country I am thankful John did also. Remember when he was in the service and also when he got out. Use to remember when he came home on leave. My best friend at that time Steven August and I one time with John on a day trip to I...

Dear Frances, Rosemary and Kathleen and the rest of John's family.

For many years my family the Yeatons lived by your parents on Rutland Street. Have very fond memories of John and the rest of you. I remember each of you and your families. I remember going with my best friend at the time Steven August with John to Lake Winn. for the day. So thankful that John served our country.

Just want you to know you are in my prayers and thoughts at this time. May the Lord give...

Get email updates about John White delivered directly to your inbox.

John M. White, 90, of Dover, NH, passed away on February 9, 2019.  A resident of Dover much of his life, he was a graduate of Dover High School, class of 1947.  After High School, John joined the Army where he became a communications expert during the Korean Conflict.  After the war, he worked for Pan American Airlines Guided Missile Range Division tracking manned space missions from ships in Southeast Asia and the Caribbean.  Later he started his own business designing and selling the Powermite heat controller for plastic injection and blow molding machines.  In his spare time, John was a member of the Elks Club in Dover.  He loved to spend time in the summers on Lake Winnipesauke and winters in Florida.

Surviving is a daughter, Michele Carey and her husband Brian of  Southington, CT; three sisters, Francis Kageilery and her husband James of Dover, Rosemary August of Dover, and Kathleen Ringeisen of Grand Rapids, MI; many nieces and nephews.  John was predeceased by two brothers-in-law, Stanley August and Ralph Ringeisen.

Calling hours will be from 4:00 PM – 7:00 PM on Friday, Feb. 15 and a memorial service will be held 11 AM Saturday, Feb. 16 both at Tasker Funeral Home, 621 Central Avenue, Dover, NH 03820.   Burial will be private at a later date.  Please share a memory or note of sympathy at www.taskerfh.com or carlsonfuneralhome.com