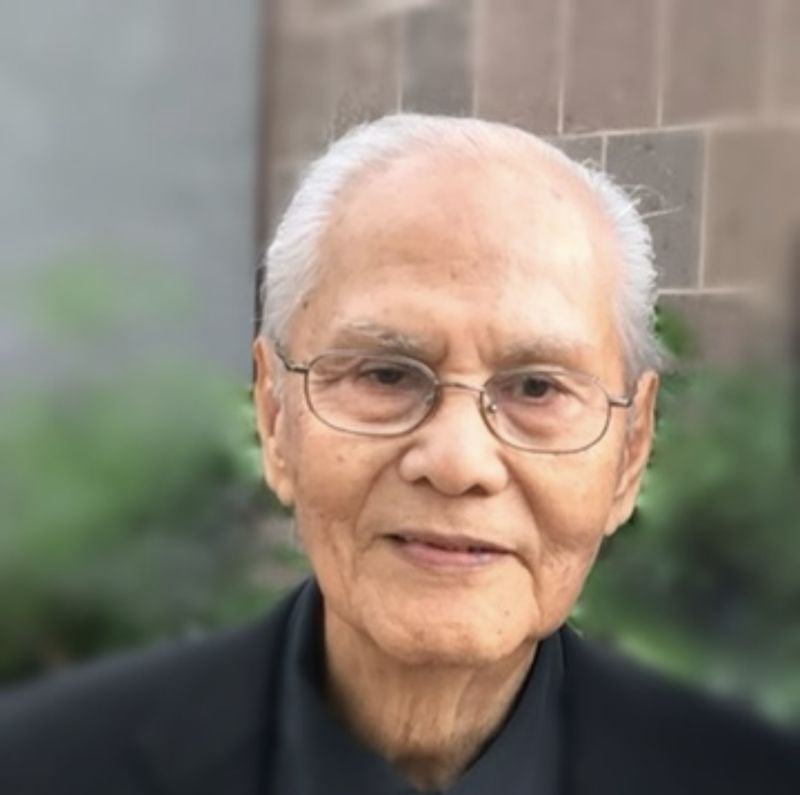 Thank you Joe for the advices you had imparted to me as a Sir Knight and a good friend. I truly missed you and Vicky good by.

Our sincere condolences. May his soul rest in peace.

Our sincere condolences. May his soul rest in peace.

Our deepest condolences to the Coronel Family. May he rest in peace. Our prayers are with you.

Osbeng and Booma Reyes and Cruz

Uncle Peping is truly an inspiration, an accomplished, humble man, very devoted to God who was driven to a life of service, full of compassion & generosity esp to the needs of the poor. He was close to his siblings esp to his brothers namely my father, Tony, Msgr Norbert, they had so much fun traveling together, them telling us their adventures together, almost called the 3 Musketeers, what is so interesting & coincidental is they all died in this month of October. So when October...

Your wonderful spirit carries on in your daughter, Cathy. who I am so fortunate to have spent so much of working life with! Peace and Blessings

Dear Pilar and family,
Our deepest condolences to you all. May your father rest in the Peace of the Risen Lord Jesus Christ.
You are in our thoughts and prayers.

May the soul of dear beloved Jose rest in God’s loving bosom with Mama Mary , the Angels and Saints .Praying for the eternal repose of his soul Eternal light shine upon him. Amen

May the love of friends and family carry you through your grief. God bless and know that your family's comfort is in my thoughts and prayers at this time

Born in Betis, Pampanga, Philippines, on December 10, 1926, he earned two undergraduate degrees (in Fisheries, from University of the Philippines, and in Zoology, from University of Santo Tomas). He was named Assistant Professor of Zoology at Colegio de San Juan de Letran, Manila. After starting a family, he and his wife Victoria resettled in Cabanatuan City, Nueva Ecija, where they managed a department store. After retirement, he and his wife moved to America, to be near to their children and grandchildren.

Along with his loving dedication to his family, Joe had a lifelong commitment to his community and to the Roman Catholic Church. He served at various times as president of the Cabanatuan branches of the Rotary Club, Lions Club, Jaycees, and Serra International. He was a member of the Knights of Columbus for more than 35 years and held several positions including District Deputy, Faithful Navigator, and Grand Knight. In response to the political instability and breakdown of democratic institutions in the Philippines in the mid-1980s, he was inspired to run for office. He served as Vice Mayor of Cabanatuan City (1986-1989) and as the local chairman of NAMFREL (National Citizens' Movement for Free Elections).

At the service of the Church, he worked as a lay apostle and missioner for many years. A member of the Cursillos in Christianity for decades, he was also an ardent supporter of the diocesan seminary. He initiated projects to help alleviate the economic condition of the less fortunate and led people in the construction and remodeling of chapels. His work was recognized when he was granted Papal Knighthood to the Equestrian Order of St. Gregory the Great by Pope Paul VI in 1975.

Into his retirement in America he remained devoted to serving community and Church. Together with his wife Victoria, he continued with his membership to the Order of Carmelites Discalced Secular (OCDS) from the Philippines and had been a member for 29 years. He was one of the early organizers of the Canonical Coronation of the Virgen de los Remedios, the Patroness of his hometown in Pampanga, in the Cathedral of Our Lady of the Angels in Los Angeles, fifteen years ago.

In his eighties, and based in his home in America, he envisioned a project to help the indigent residents of Betis, Pampanga. He fundraised for, and brought to completion, two housing developments: Villa Santiago Apostol and St. Patrick's Village, which have grown to include over 100 residential units, a livelihood center, and a chapel. Key collaborators in these projects were the Archdiocese of San Fernando, his brother, the late Msgr. Norberto Coronel, their Irish friends, and generous benefactors and relatives in the Philippines.

Joe was a man of deep spirituality, relentless optimism, and boundless love for his family and friends. To his children he gave the gift of familial love, the treasure of prayer and trust in God, and the duty to care for others. To his grandchildren he was a constant inspiration and beacon of encouragement.

He will be greatly missed by his large extended family and the many people whose lives he touched; his legacy of faith, love and service will live on in their hearts.