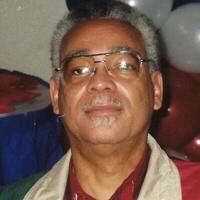 To the family of Joseph Chavis Sr. Praying for you all at this difficult time.

May you find peace & comfort during this transition.Gwen Guidry Chevis

Rest In The Lord Mr.Chavis.... My prayers and condolences to the family

To "Skeet", Mary Ann & Barbara, I'm so very sorry for your loss! May Joe's soul & all the souls of the faithful departed, through the mercy of God, rest in peace. Amen

We are going to miss you. Love Cora Mallett

Get email updates about Joseph Chavis, Sr. delivered directly to your inbox.

The family moved to Beaumont, Texas in 1950 whereas Joseph attended Blessed Sacrament Catholic School and graduated in 1960 with honors.

After graduation, he enlisted in the United States Army and was a member of the 101st Airborne Division at Ft. Campbell, Kentucky serving during the Vietnam War.  After an honorable discharge from the Army, he attended Lamar State College in Beaumont and later the University of Texas at El Paso, in El Paso, Texas he graduated with his Associate's Degree.

Joseph later went to work at the United States Postal Service (USPS) and worked through the ranks from a postal clerk to the Facility Supervisor at the Walden Rd. post office in Beaumont. He retired from the USPS after 37 years of dedicated service.

He was an active and dedicated member of the Pear Orchard Club, the Dorie E. Miller American Legion, and The Lions Club.

He was preceded in death by his parents; sisters,  Pearl and Emma, and infant brother,  Willie.