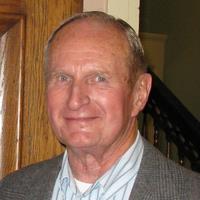 Please accept my deepest sympathies at the loss of Dr Herzog. He was a great dentist and an even greater man. I pray that you are sustained at this time by warm memories and the love of one and other.

Get email updates about Joseph, Dr. Herzog delivered directly to your inbox.

Dr. Joseph A Herzog passed away peacefully  at  home  Tuesday, November 17, 2020 in Butte.  He was born in Butte September 19, 1932, to Dr.  Joseph A. and Bertha (Brunk) Herzog.  He received his education in Butte’s Catholic Schools and went on to pre-dentistry at Carroll College and then to Creighton University School of Dentistry in Omaha, Nebraska.  He was a member of Delta Sigma Delta Fraternity and graduated in 1956. Following graduation, Dr. Herzog served the Navy as a dentist on the USS AJAX repair ship for two years, earning the rank of LT DC USNC.  Following discharge, he returned to Butte where he started his private dental practice.  Fifty-three years later he retired.

Joe was passionate about  quality time with his family and for anything having to do with the outdoors: hunting, fishing, and horses.  He enjoyed hosting great times at “the cabin”.  He found his greatest peace and relaxation at his personal heaven, also known as “the cabin.”  He was a role model for faith, humility, patience, and a  shared a great sense of humor.

Services will be Monday, November 23, 11 a.m.   at St. Ann’s Parish.  Due to Covid-19, we ask that everyone observe mask and social distancing protocols.

The family extends gratitude to the first responders and Duggan Dolan’s for their professional and compassionate care.

Memorials may be to the Niklas Family Endowment at Carroll College, Helena; Butte Central High School, Shriners Crippled Children,  Lady of the Rockies, or a  charity  of choice.