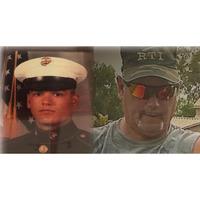 So very sorry to hear this Josie. He was one of a kind & will be forever missed. I hope his memory will fill your heart forever.

Joe was such a character. He always made everyone feel included, and was so friendly. I am so sorry I couldn’t be there.
I loved you both and will always remember Joe with fondest of memories. He can never be replaced in my mind!

Josie, at times like this, words can seem so inadequate. My heart goes out to you, and all the family and friends who loved Joe. May you find peace and comfort in the love and memories you share.

So sorry to hear about the passing of Joe!

We are so sorry to hear of Joes passing. Although we lost touch for sometime, Joe and I had been in touch more since the passing of Jack. Joe was always good for a laugh or had a story to share.
Prayers of peace during this difficult time.
Chris and Lianna

Our hearts are heavy with your passing far too soon. You were a tough guy, Uncle Joe, but you had a soft side when you were around the kids. We will hold on to the memories of all our fun times with you, until we meet again.

Joe we miss you and love you. I know the man up stairs had open arms for you. Josie and family will be watched over.

Josie, I am so sorry to hear of your Joe's passing. You and your family are in my prayers during this difficult time.

Josie, I am so sorry to hear of Joe's passing. May family, friends and memories sustain you during this very difficult time. My condolences to you, your family and all who cared for him.

Get email updates about Joseph "Joe" Bell delivered directly to your inbox.

Joseph “Joe” Edward Bell. June 1, 1962 to May 8, 2021, beloved husband, stepfather and grandfather passed away peacefully surrounded by loved ones at his side

Joe married the love of his life Josie Martinez February 22, 1999, whom he affectionately called “darlin'”. He was a devoted husband, stepfather, grandfather and friend

He loved camping with his grandchildren, watching war movies and John Wayne movies of whom he was a big fan. He would recite John Wayne’s part from every movie word for word.

Joe also proudly served his country in the United States Marine Corps as an infantryman for three years from 1980 to 1983. He was in harm’s way for a time in Beirut, Lebanon during some of the conflicts there. He attained the non-commissioned officers rank of corporal. His Marine awards included: Marine Expeditionary Medal, Navy Unit Commendation, Good Conduct Medal and Rifle Sharpshooter Badge.

To Joe, for his service to his country, we say: “Semper Fi (Always Faithful)”

Preceded in death by his angel granddaughter Isabel, brother Jack Bell, grandparents and many aunts and uncles.