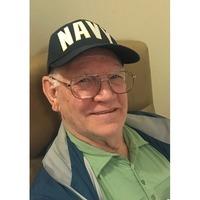 Get email updates about Kenneth Hayton delivered directly to your inbox.

On Monday August 30, 2021 Kenneth Richard Hayton (Ken) 81 of Garland, Texas went to be with our Lord. He was a special man who was kind and loving to all.

Ken was born March 3, 1940 in Cleveland, Ohio to Joseph and Stella Hayton.

He was preceded in death by his parents and his only brother Larry Hayton, his grandson Anthony Hayton, and Sylvia his beloved wife of 51 years.

Ken grew up and lived with his family in Cleveland, Ohio until he joined the Navy in 1958.  He served our Country until 1962.  During his time in the military he was stationed at Moffett Field in Mt. View California.  Not long after moving there he met and married the love of his life, Sylvia.  California became his home for the next 59 years.  He lived most of those years in San Jose and had a career in electronics in the Silicon Valley.  He spent his life raising and caring for my two brothers and I.  He loved to golf, he coached my brother’s sports teams, he enjoyed watching football, baseball, basketball and golf.  He also loved to go to the casino and play poker.  Later years, Ken and our mother moved to Gilroy Calif.  They lived near my brother and his wife and family who cared for and looked after them both.  It brought him great joy to be near his grandsons.  In June of 2019 Ken moved to Garland Texas.  He spent the next 2 years living across the street from me.  It was my honor and privilege to care for him in his final years of life.

Ken was very proud to be a veteran of the United States Navy.  He loved his country dearly.  He was a very devout Catholic and was a true Christian Man who loved God, his faith and his family.  He was kind, honest, and the most generous man you would ever meet. He loved helping others and donated to every charity imaginable and he did so with great joy in his heart.

Ken, loving known by all as Papa is survived by his three children. Randy Hayton (wife Cheryl), Darren Hayton (wife Michelle), Rhonda Monahan (husband Steve).  His 9 grandchildren, Rachelle, Tiffany (husband Richie), Katherine (husband Oscar), Jaycie (husband Dan) Bristina (husband Marshall), Emily, Justin, Tori and Joshua and his 8 great grandchildren, Lyra, Owen, Everly, Bailey, Miles, Dean, Bella and Lilith.  He also leaves behind his loving sister in law Kay Hayton and his many nieces and nephews and their extended families as well as his cousin Ruth (husband Tom) and his cat Turkey. He loved all of his family dearly.

In lieu of flowers, donations may be made to one of the following foundations in his honor.