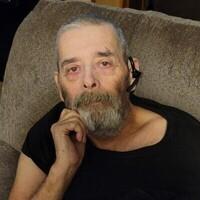 you will be missed LARRY our buddy. Derek Shamlin and I will always have you in our thoughts each and every day. Rest easy our friend we love you always. your Dear friends Mr. and Mrs. Derek Shamlin SR.

Get email updates about Larry Andersen delivered directly to your inbox.

Larry Leslie Andersen, 69, passed away at his home in Lampasas on Thursday, September 16, 2021.

Graveside services for Larry will be held at the Central Texas State Veteran's Cemetery in Killeen on Wednesday, October 6, 2021, at 9 am.

Larry was born on January 11, 1952, in Salem, OR to Harry and Velma (Anderson) Andersen.  He grew up in Klamath Falls, OR, and left school early to join the military.  He joined the Army in 1971 and was awarded the Good Conduct Medal, National Defense Service Medal, Vietnam Service Medal, Vietnam Gallantry Cross.  Larry served his country in the Vietnam War and was honorably discharged in 1982.  Soon after, he joined the Air Force Reserves and retired after serving 20 years.  Larry was then employed as a truck driver for the rest of his working career.

Larry was preceded in death by his parents, Harry and Velma Andersen, and daughter, Tina Southards.