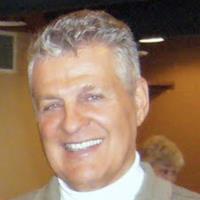 Our deepest condolences to the family. Passing of a loved one is never easy. Have faith that he is still with you, and that you will see him again in the next life. God Bless you Larry, and thank you for your service to our country. --the family of Nancy (Sisco) and Vladimir Grah

Fond memories of StMarys and DeKalb high football.My prayers,for him and family.

We are so sorry to hear of Larry's passing. We have so many great memories of fun times at St Mary's and DeKalb High. Our prayers and thoughts are with the family.

My condolence to the Sisco family. I always cherished my friendship with Larry and will remember the good times we had together for the rest of my days. God's "looking for a few good men" and your one of them Marine. R.I.P. my friend I will miss you dearly. Semper Fi'

To all the Sisco’s You are all in my prayers

Get email updates about Lawrence "Larry" Sisco delivered directly to your inbox.

Lawrence “Larry” Lee Sisco 80, of DeKalb passed away peacefully on Saturday, May 22, 2021 at DeKalb County Rehab and Nursing Center.  He was born November 15, 1940 in Chicago, IL and was the son of Louis and Virginia (Weissenhofer) Sisco.

Larry attended St. Mary Catholic School in DeKalb and graduated from DeKalb High School in 1958.  After an outstanding four years in high school where Larry excelled in football lettering all four years, also lettering two years in swimming. He enlisted in the United States Marine Corp after high school where he received the Sharp Shooter Medal and was soon recognized for his business skills.  He served in El Toro Air Force Base in California until he was honorably discharged in 1964.  In addition to being an unbelievable athlete Larry was an accomplished accordion player and sang in a quartet.  He was also an avid golfer playing different courses everywhere he traveled.

After his four years in the service to his country Larry became a police officer at NIU.  Returning to California he then entered into the world of title insurance where he quickly promoted to the top.  After years of executive status in the title industry, he transitioned into the escrow field where he eventually purchased and ran his own escrow company in San Diego, CA.  Life circumstances brought him back full circle to DeKalb where he enjoyed living out the remaining years of his life.

The family would like to thank the nursing staff at the DeKalb County Rehab and Nursing Center and Journey Care Hospice for all their love and compassion they have shown Larry these last few years.

Memorial Mass will be held on Friday, July 9, 2021 at 10:30am at Christ the Teacher University Parish in DeKalb with Father Robert Gonnella officiating.  Full military honors will be presented immediately after the service provided by the American Legion Post #66.  In lieu of flowers memorials can be made to the family to be established at a later date.  Arrangements were entrusted to Finch Funeral Home 310 Oak St. DeKalb, IL 60115  815-758-3841.