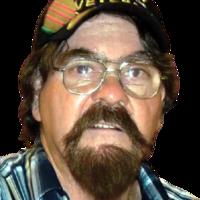 So grateful for good memories. You left so many for us to treasure. ♥

Get email updates about Leo Walters delivered directly to your inbox.

Leo Wilburn Walters, 76, of Cowpens passed away Wednesday, September 8, 2021 at his residence.  Born in Wesborn, TN, he was the son of the late Herburt and Alfa Leach Walters. Mr. Walters served in the United States Army in Vietnam and was a Purple Heart and a Bronze Star recipient.  He was of the Baptist faith.

Left to cherish his memory are his wife, Helen Henderson Walters of the home; two daughters, Tammy M. (Ernie Henderson) Walters and Donna E. (Martin) Walters Diaz; one son, Bobby Walters; six grandchildren; and several brothers and sisters.  He was preceded in death by three brothers, Ray, Gene and Luke Walters and one sister, Frances Walters.

The family will receive friends Saturday, September 11, 2021 at Eggers Funeral Home of Chesnee from 12:30 PM until 1:30 PM.  Graveside services will be held at Springhill Memorial Gardens of Chesnee at 2:00 PM with the Rev. Buddy Robbins officiating.  Masonic and Military Rites will follow.

The family will be at the home.