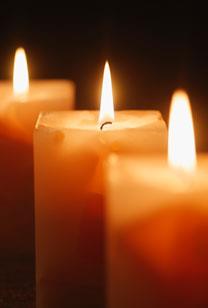 So sorry for your loss, out condolences to your family, remember the good times you and your family had with your mother

In 2008 I attended an audience screening of “A Colbert Christmas: The Greatest Gift of All”. I was seated in the front row next to an empty chair. When Stephen saw the empty chair he said to me “may I sit there?” My first thought was “his mom done good”. THIS was the REAL Stephen – respectful of and considerate to all.
Stephen's used his celebrity to give more of his time and money than we will ever know. Who else would have thought to use a broken wrist as a way to help others? ...

Our condolences to Stephen and all of Mrs. Colbert's children and family. What a lovely lady she must have been.

May the love and care your Mother shared with you throughout your lives carry you through the hurt and loss of her death.
Thank you Stephen for sharing the memories of your Mother, what a wonderful Woman. She now lives on in the minds and hearts of countless people. A beautiful memory of a terrific Mom. Blessings & Hugs
Dolores Cennon, Saskatchewan Canada

We just saw the Colbert Report episode in which Stephen gives a very moving tribute to his mother. What a wonderful mother he has had! We offer our condolances to Stephen and the rest of the family.

So sorry to hear of your loss. I didn't know your mom, but coming from a large family myself, I know how much each and everyone of you will have wonderful stories to tell, and it's the telling of the stories that somehow make you smile and bring you as a family closer together. May she rest in peace. Maureen Engler

I just saw the Colbert Report of June 19th and its sad news. My condolences to the whole family from accross the ocean.

Get email updates about Lorna Colbert delivered directly to your inbox.

Lorna Elizabeth Tuck Colbert, of Charleston, widow of Dr. James William Colbert, Jr. entered into eternal rest on Wednesday, June 12, 2013. She was born in Larchmont, NY on November 6, 1920, a daughter of Andrew Edward and Marie Elizabeth Fee Tuck. Lorna Colbert was an adored wife, mother, grandmother and great-grandmother. In addition to being the matriarch of a family of 82, Lorna Colbert was an accomplished artist, a church leader, a businesswoman, a supporter of the arts and a woman whose profound faith was apparent in her daily life. She was predeceased by her husband, Dr. James William Colbert, Jr., her sons, William George Colbert, Sr., Paul Joseph Colbert and Peter Michael Colbert; her brother and sister, Andrew Edward Tuck, Jr. and Colleen Tuck Tibbitts. She is survived by her children: James William Colbert III, Edward Tuck Colbert, Mary Colbert Denger, Margaret Colbert Keegan, Thomas Francis Colbert, John Andrew Colbert, Elizabeth Colbert Busch and Stephen Tyrone Colbert and her grandchildren and great-grandchildren.Her Mass of Christian Burial and Rite of Committal will be private. Her Guestbook may be signed at www.jamesamcalister.comIn lieu of flowers, donations should be made to Medical University of South Carolina Foundation for the Dr. James W. Colbert Endowment Fund: MUSC Foundation, 18 Bee Street, MSC 450, Charleston, SC 29425, or www.musc.edu/giving. Arrangements by JAMES A. MCALISTER Funerals & Cremation 766-1365