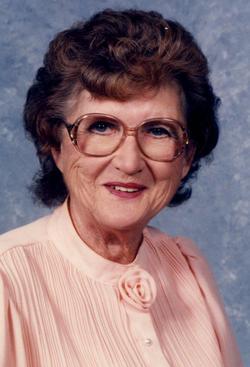 I'm sorry for the loss of your loved one. Reflecting on God's promises that he will swallow up death forever has brought me comfort. My hope is that you will draw comfort from that promise as well

The Staff of Gephart Funeral Home

Get email updates about Lorraine (Mercier - LaLonde) Mindykowski delivered directly to your inbox.

Lorraine R. (Mercier) LaLonde Mindykowski, of Bay City, our loving mother, grandmother and sister passed away Wednesday October 21, 2015 at Toni and Trish House in Auburn, Michigan. The daughter of the late Edmond and Agnes (LaFave) Mercier was born August 6, 1922 in Alpena, Michigan and was raised in Black River until moving to Bay City, Michigan. Age 93 years. She was a member of Our Lady of Czestochowa Parish – St. Stanislaus Church, Amvets Ladies Auxiliary, Women of the Moose Chapter 367 – Bay City, F.O. E. Ladies Auxillary Aries 1010, The Daughters of Isabella, V.F.W. Ladies Auxillary-Florida and retired from Bangor Township Schools as a Bus Driver. Lorraine enjoyed playing euchre, dancing, golf and most of all she cherished the time she spent with her family. Left behind to cherish her memories are her children and their spouses; Edmund and Joyce LaLonde of Black River, Patricia Cormier-Wood of Hale and Kay and Donald Grischke Sr. of Drummond Island, her daughter-in-law; Carol LaLonde of Bay City, two step daughters; Betty Kozielski and Sandra and Larry Meigh, thirteen grandchildren; Cindy Randazzo, Richard Wood, Debra Cataldo, Donald Grischke Jr., David Grischke, Scott Grischke, Shawn Grischke, Perry LaLonde, Nicole Paxson, Colette Symborski, Barbara Mills, Joseph LaLonde and Tami Blue, thirty seven great grandchildren, seven great great grandchildren, one sister; Isabelle Gauthier of Clio, one brother; Norman Mercier of Flint and her nieces and nephews. She was preceded in death by her husband’s Theodore LaLonde and Chester Mindykowski, her parents; Edmond and Agnes, one son; Virgil LaLonde, one step daughter, Connie George, one great granddaughter; Meagan Grischke, four brothers; Al, Leo, Clarence and Francis Mercier and one sister; Genevieve Gauthier. The family would like to extend a special thank you to the 3rd floor staff at McLaren Bay Region and McLaren Hospice for the kind and compassionate care they provided for their mother during the time they cared for her. The Funeral Liturgy will be celebrated Monday October 26, 2015 at 10:00 a.m. at Our Lady of Czestochowa Parish – St. Stanislaus Church. Celebrant will be Rev. Fr. Richard M. Filary with a Private Rite of Committal in Calvary Cemetery in Kawkawlin, Michigan. The family will be present at the Gephart Funeral Home, Inc. on Sunday to receive visitors from 2:00 to 8:00 p.m. Members of the F.O.E. Ladies Auxiliary Aries 1010 will meet at the funeral home at 6:45 p.m. for a memorial service followed by the Vigil for the deceased at 7:00 p.m. Mrs. Mindykowski will be taken to the church to lie in state on Monday from 9:00 a.m. until the time of the Mass. In lieu of flowers, please consider a memorial to the American Diabetes Association of the Toni and Trish House.  www.gephartfuneralhome.com