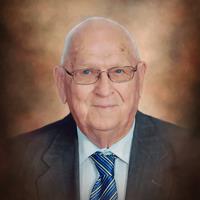 So sorry for your loss. Sam and I worked together in the electrical shop, at the power plant. I will miss him and his sense of humor. God Bless.

May he rest in peace he was one of the good Guys who always had a good personality, condolences to the family.

He and my Dad were always close. He was one of my Uncles I always looked up to. Our sympathy to all of you in our great loss.T

Geneva, Sandra, Janet, Shirley and family - May God comfort you in the loss of Sammy. I have so many fond memories of him and Novaline. He was a genuine example of what a Christian's life should be. I knew him as a neighbor for 18 years and he and your mother were the best possible neighbors to my mother and father for their entire life and for this I will always be grateful. I think I spent as much time across the street with you all as I did at home and remember well the times I got...

So sorry for y’all’s loss. Sending prayers, love and hugs to family and friends.

My condolences and prayers for the family. Sammy was a very strong Christian and an inspiration to all. Sammy was a neighbor, relative, and was also one of my baptismal sponsors. I have very fond memories of hanging out with the Woelfel's as a kid. I remember Sammy always being someone to look up to.

May God comfort all of you as you look back on all the happy memories you shared with your dad.

Oh man I really loved that man! I miss seeing his smiling face back in the days when he was always in Church sitting there just waiting for me to shake his hand. Family, I am so sorry for your loss.

Get email updates about Louis Woelfel, Jr. delivered directly to your inbox.

Sam was born in Lee County, Texas on April, 28, 1930, to Alma (Noack) and Louis A. Woelfel, Sr. He was married to Novaline Nell Felfe on May 6, 1951, at St. Paul Lutheran Church, Thorndale. They were active in the congregation and the community throughout their 66-year marriage. Sam was an employee of IGC for 33 years, but when he was not working there, he was out on his tractor or tending to his cattle or his garden. He served as Mayor of Thorndale, was the National Weather Service rainfall reporter for 26 years and at different times sold life insurance. Also, Sam and Novaline successfully owned a Thorndale restaurant called the Dairy Maid.

Family and friends were very important to Sam. His many friends will remember him for his kindness, generosity, and sense of humor. In later years, Sam and Novaline enjoyed the friendships they made while bowling in a league, dancing, and traveling. He really enjoyed meeting his friends for morning coffee at the co-op. In his last years which were spent in the SPJST Nursing Home, he met new people and stayed busy, thanks to Tara, the activities director, and others who helped pass the time with programs, games, and visits. He enjoyed sitting and doing jigsaw puzzles just like he had done for years at home with Novaline and family.

Family was always special to him and he was thankful to God for the blessing of his family. He had 9 siblings and there were many trips to the “grandparents” house to visit with parents, brothers, sisters, nieces, and nephews. He loved his extended family and did his best to stay close. He especially enjoyed the reunions.

Sam loved his four daughters and never missed an opportunity to share about how proud he was of his family. As the family grew, he enjoyed spending time with grandchildren and then eventually great grandchildren. There were special times doing simple things like eating ice cream, sharing a watermelon, fishing, and shelling pecans that the children had picked up from his many pecan trees. He was so blessed at a recent Christmas when he was able to go Christmas caroling to shut-ins with 4 generations including children, grandchildren, and great grandchildren.

Very close to Sam’s heart was his Christian faith and relationship with Jesus. He was baptized and confirmed at St. John’s Lutheran Church in Lincoln. His Confirmation verse was “I am God Almighty; walk before me faithfully and be blameless” Gen. 17:1. He was an active member of St. Paul Lutheran in Thorndale his entire married life, where he served on several committees, sang in the choir, and participated in a home bible study for many years. It was very important that his four daughters share his faith as he modeled with regular church attendance, sent them to the church’s Christian school, and always had bedtime family devotions that included reading God’s Word and prayer. Sam continued to have his daily devotion at the nursing home. He continued to pray for his growing family. The weekly services by Pastor Schaller were very special to him. Also, he was thankful for his aid, Billy, who on Sunday morning would bring him a coffee and make sure the radio was turned to the Lutheran Hour.

Honorary pallbearers are his grandchildren.

Service will be held on Wednesday, July 29th, at 10:00am at St. Paul Lutheran Church, Thorndale. Due to health concerns, the family is practicing social distancing and requiring face masks to be worn if you are in attendance. If you are unable to attend, funeral services will be live streamed via Providence Funeral Home Facebook Page and you are also invited to sign the online guestbook.