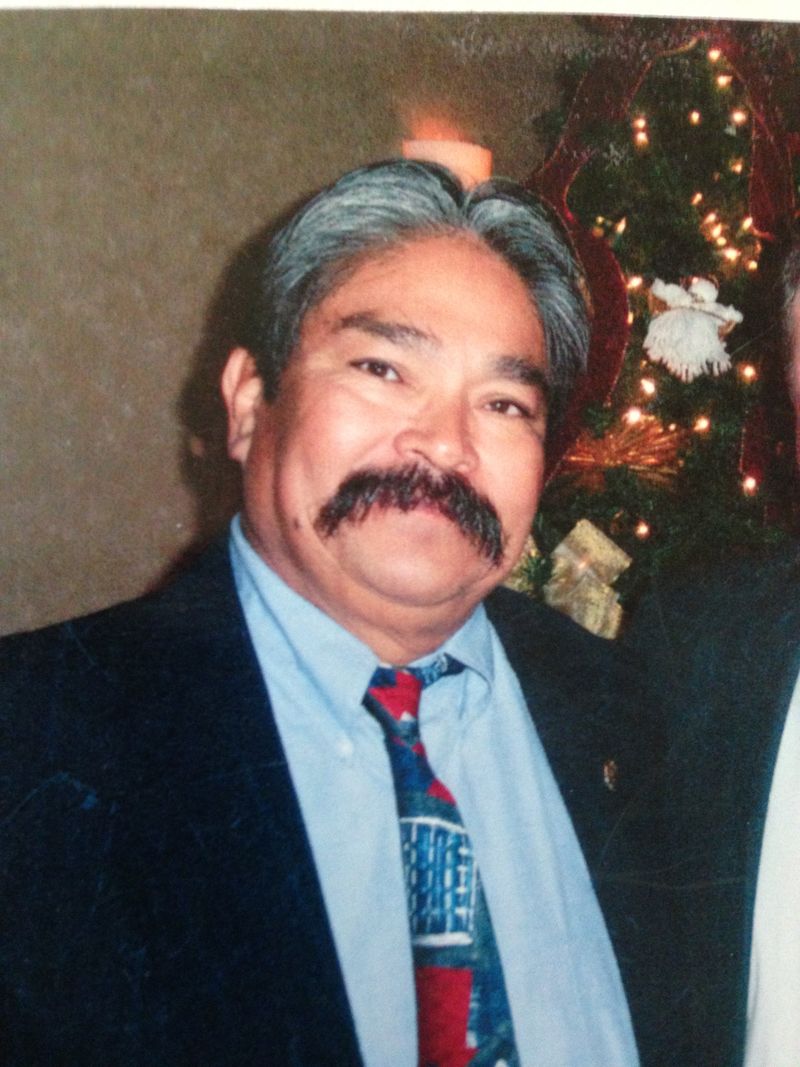 Sorry to hear of Luis' passing. My heart goes out to Olivia, his children and family. Good memories of high school days.

I have fought the good fight, I have finished the race, I have kept the faith. Henceforth there is laid up for me the crown of righteousness, which the Lord, the righteous judge, will award to me on that Day... 2 Timothy 4:7-8

My condolences to the Bautista Family and close friends, especially Olivia. Prayers that God comforts you during this difficult time. The pain never goes away but his memories keep him near. God Bless You, Carol Barajas

My deepest sympathies and condolences to your Family. First met Louie at the age of 14 at CVHS, always positive, and with a smile on his face. After graduation I flew home on leave from Ft. Bragg N.C., crossed LAX from one terminal to the other to finish my 3,000 mile journey home and to take a hop to P.S. Low & behold sitting there was Louie, he too on leave, had just flown in, a flight of 8,000 miles from Germany, what were the chances of that,...

Luis, you were a great mentor and I learned a lot from you many years ago. You will be missed and always remembered by your friends who once worked at the Indio Station.

I remember my friend Luis from 5-6 grade at Van Buren school. As adults saw him
from time to time, My last encounter was at Target he was buying for grandkids.
Rest In Peace my friend. Gods continued love and peace to his children and grandchildren

He is already missed

You always were a kind hearted soul who would open up your home and heart. I just want to say Thank You for the times we shared. RIP my brother you will continue to live within our hearts. The next time I drive through the desert I will share a beer with you for you are not truly gone you are just in a safer place.

Luis was born in Indio to Luis and Mary Bautista. As a youth Luis attended elementary and junior high schools in Indio. Following, he attended Coachella Valley High School, where he played the saxophone in the band and also participated in basketball, baseball and football. In August 1970, he joined the Army and was stationed in Germany. After his honorable discharge in February 1972, he became a Sheriff for Riverside County where he served for 28 years until his retirement. He married Sarah Arledge and became the proud father of Luis III, Estevan and Jessica.

Luis was a caring, compassionate man and always there for anyone who needed a helping hand. He was a positive role model to his friends and family. We will miss him dearly and he will always be in our hearts.

Luis is survived by his children Luis Bautista III (Debbie) of Coachella, Estevan Bautista (Sega) of Pacoima and Jessica Garcia (Ralph) of Moreno Valley, his grandchildren Mariah, Marisela, Luis IV, Maritza, Maribella, Santiago, Cruz, Nikko, Maximas, Xio, Ralphie, Marilyn, Alexander and Francesca, his great-grandchild Arlene and another one on the way. He is also survived by his mother Mary Duran of Indio, his sisters Vicky Lopez of La Quinta and Alice Moreno of Indio. He lived with his wife until 2002 and in 2010 reunited with his high school sweetheart Olivia Rodriguez Gutierrez, his loving companion, with whom he lived with in Indio until his passing. He was preceded in death by his father Luis S. Bautista Sr, his brother Ricky Bautista and niece Yvette Moreno.