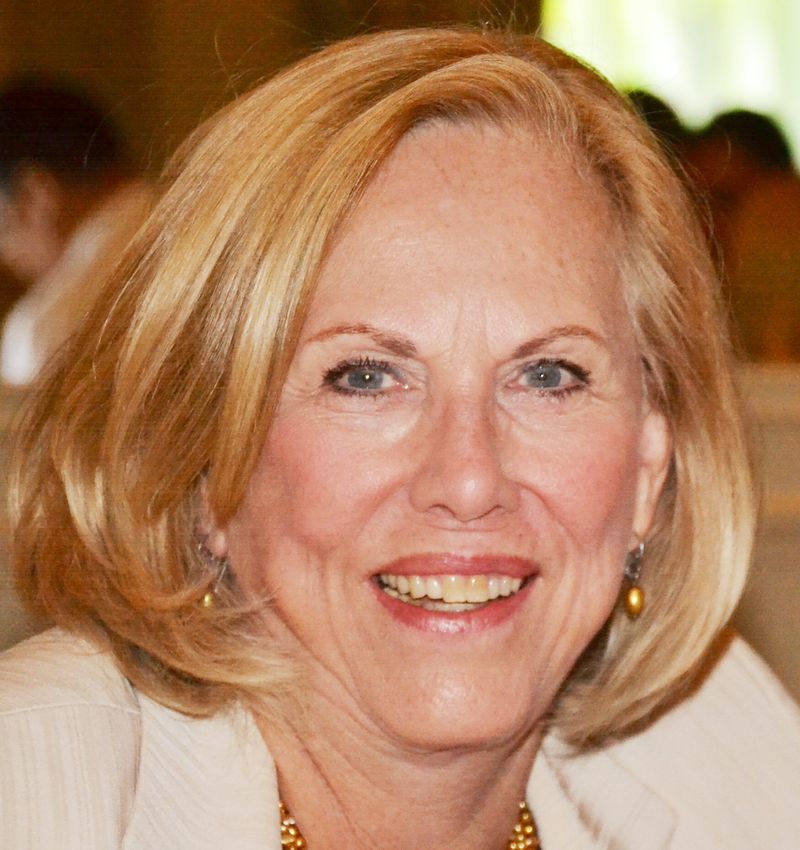 I grew up with her two sons, David and Dennis when Peggy lived across the street from me in Eagle Rock. I remember her being beautiful and proud that she was a cop. RIP.

My greatest gratitude. You served your country well.
Love and thankfulness--
From Minnesota Corrections Officer
Carol

I was deeply saddened to learn that Peggy York had passed away. I worked with her through the years during my career. In retirement we met up regularly at social gatherings. She was a superior police officer and a leader/advocate for women in law enforcement. Peggy was simply a great lady. My condolences to her husband Lance Ito, grown children, grandchildren, extended family members, countless friends and the police officers who knew her. She will be missed but the memories remain!

Even when Peggy was 16, she had class, a high degree of emotional intelligence and most of all, commitment. She was always understanding, loving and caring to family and friends.

Peggy was a wonderful leader, who was kind, loving and caring, who truly "walked the walk" She was an absolute inspiration and blessing to all of us who knew her and will be greatly missed.

The first time we met Peggy we knew she was special. Her compassion for others was evident not just by her words but by action. We were privileged to see the "Friends of Maneadero" shelter she founded in Baja Ca. for battered women. We are blessed to have shared so many wonderful memories with Peggy and Lance. We are honored to have had her as our friend. We will miss you Peggy.

Peggy was one of a kind. Loving, caring, thoughtful, a blessing to everyone who knew her. As we say in the Salvation Army, she recieved the highest honor. A "Promotion to Glory." She will be greatly missed by all of us here.

Peggy was a wonderful woman. She loved the Lord and shared Him with others. She was an inspiration to so many, caring about her community and beyond. I thank God for her life. She will be missed and was loved dearly.

Margaret "Peggy" York, whose law enforcement career spanned 44 years and made her once the highest ranking woman in the Los Angeles Police Department, was born in August 1941 to Ralph and Hazel Mandley of Minerva, Ohio, where she enjoyed the benefits of living in farm country. She slipped into the loving arms of Jesus on October 17, 2021 at the age of 80 in Los Angeles.

At the age of 13 her family moved to the greater Los Angeles area where she would attend Lynwood High School and find employment as the Easter Bunny at the May Company downtown. Her marriage to Donald York yielded her three treasured children: David, Dennis and Cynthia. Upon her divorce Peggy sought work to support her family and was hired as a civilian Radio Telephone Operator with the LAPD in 1965 and in 1968 began her police career as a Policewoman, working her way thru the ranks and in 2000 becoming the first woman Deputy Chief in the history of the LAPD, responsible for police operations in the heart of the city including five police stations, a traffic division and 2000 employees. She was part of the first ever all woman homicide detective team in 1979, partnering with Det. Helen Kidder. The groundbreaking TV series "Cagney & Lacey" was influenced by their stellar work.

Peggy was proud to be one of the pioneering women who changed the face of law enforcement. While women once served only in limited roles, all ranks and assignments are open to women today.

In 2003 Peggy became Chief of the Los Angeles County Office of Public Safety, a specialized police agency responsible for County facilities, parks and hospitals. With 600 sworn officers and 750 contracted security guards it was the County's fourth largest police agency. She retired from that position in 2009

Peggy earned her BA in Management from the University of Redlands and her MA in Public Administration with Honors from USC. She was a graduate of the LAPD Academy and FBI National Academy Class 159.

Peggy's private life reflected her commitment to public service and her compassion for those less fortunate, serving more than two decades as a member and past chair of the Metro Los Angeles Advisory Board of the Salvation Army and the founder of Friends of Maneadero, a Salvation Army women's shelter in Baja California. She served as a director of the Rotary Club of Los Angeles and chaired the Childrens' Court Committee and served on the boards of Women Against Gun Violence, The Trusteeship and the Los Angeles Police Museum where she served as Chair of the Chief's Circle.

Peggy was grateful to have been raised in a family of believers. Her iPhone ringtone is the children's hymn "Jesus Loves Me." She approached her daily Bible reading joyously and was a long time member of Lake Avenue Church in Pasadena.

In 2018 Peggy became a published poet with three of her poems featured in ONTHEBUS, a popular literary journal. In her retirement she had two passions: her writing and her friends from her childhood in Ohio, high school in Lynwood, the LAPD, LA5 Rotary and her besties: The Pooligans.

The family thanks Dr. Cleo Williams, the doctors, nurses and staff at Methodist SoCal and Keck USC, LAPD Chief Michel Moore and Commander Ruby Flores, and our friends at PRG.

Peggy led and lived by example, always looking to transform lives. She did just that in the 22 years she served on the LA Metro Advisory Board for The Salvation Army. In remembrance of Peggy's life, please consider a donation to The Salvation Army's Los Angeles Social Services Programs or The Pasadena Hope Center at URL: salarmy.us/peggyyork in honor of Peggy.