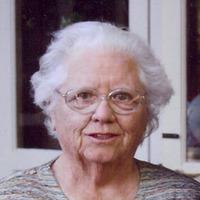 Dear Gaylord, Sharlene and Charles,
I'm so sorry to read of your dear Mother's passing away. She was so kind to my family, along with your wonderful Dad, Charlie. I'll never forget how they were there for all of us when my Mother was dying at Memorial Hospital 15 years ago, offering comfort and advice.

My Mom was so proud of the years that she worked for you Mom and Dad at their medical office. She learned a lot and really enjoyed her work there. And I enjoyed the time...

So, very, sorry to hear about Marie!
She was such a dear lady and will be, greatly, missed!
Linda McKenzie

Get email updates about Marie Schaap delivered directly to your inbox.

Dr. Marie H. Schaap passed away peacefully on October 28th in Sacramento, CA following a brief illness. Marie was born December 19, 1925 in Philadelphia, PA and lived in York, PA until moving as a teenager to southern California in the 1940’s. She attended college at UCLA and medical school at the College of Osteopathic Physicians & Surgeons in Los Angeles where she met her classmate and future husband, Dr. Charles B. Schaap. They were married on August 22, 1949 and together graduated with DO degrees in 1951, later adding MD degrees from UC Irvine in 1961.

Marie and Charles moved to Orangevale, CA where Charles practiced medicine and Marie began raising their four children. They moved to Monte Rio, CA in 1959 where Charles became the town physician while Marie raised the kids and practiced medicine part-time. When the kids were older, Marie began a surgical residency at French Hospital in San Francisco. She later practiced medicine in Santa Rosa and became a certified Aviation Medical Examiner. She later became an physician in the US Army Reserves. After her husband died in 2007, Marie served as owner and President of the Board of Directors of Northwood Recreation Inc. for many years.

Marie was an avid reader, especially medical journals, and she loved learning. She and Charles took computer classes at Santa Rosa Junior College. Marie enjoyed taking trips in their travel trailer, especially along the Pacific coast or to Reno, NV. Marie enjoyed cooking and was always ready to try out new recipes and new restaurants. She found good friends and took part in many activities at the Guerneville Senior Center.