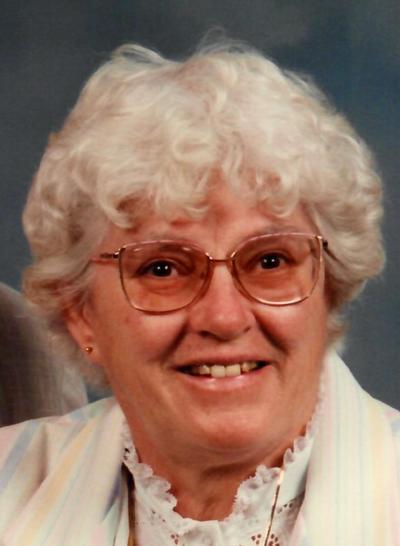 Condolences to family and loved ones of Marylou Smitha teacher who helped shape many young lives, including mine, for the betterfondly remembered.

Always a special place in my heart. You are one of my beautiful flowers in my garden. Was and am very blessed to share the time we had together. Rest easy sweet lady. I know your glad to be home with those you have missed so much. Till we meet again.

Please accept our sympathy and love.

An amazing teacher. In my heart I thank her for her guidance in my early years of teaching. She leaves an everlasting legacy for all who knew her.

Nancy, you and your family are in my prayers. Your mother was an inspiration to many.

Get email updates about Marilou Smith delivered directly to your inbox.

Marilou Smith of Lafayette, IN, peacefully passed away surrounded by family and friends on January19 2019, at her home on Newcastle Road.

Born on January 11, 1926, to the late William C. and Martha C.(Kreider) Wray in Peru, IN.Marilou graduated from Twelve Mile High School. After high school, during World War II, she worked at a munitions factory. Marilou attended Purdue University where she earned a Bachelor of Science degree in Chemistry. She met her future husband, the late Richard H. Smith of West Lafayette, while at Purdue. They married on July 4, 1948 in Twelve Mile, IN, at the Corinth Brethren Church and shared 65 years together until Richard’s death in 2013.Since 1948, Marilou and Richard farmed in Tippecanoe County, purchasing their current homestead, Black Walnut Farm, in 1954. After their four daughters entered elementary school, Marilou went back to Purdue, receiving her Master of Science in Education. Thereafter, she taught science at Dayton High School until 1965, then Biology and Chemistry at Wainwright High School until its consolidation with Southwestern H.S. to form McCutcheon High School. She then became McCutcheon’s Audio-Visual Specialist, serving in that role until her retirement in 1986. Marilou and Richard became snowbirds in 1987, spending winters in Haines City, Florida. Throughout her life, but particularly after retirement from teaching, Marilou enjoyed many hobbies including: lapidary, jewelry-making, wood-carving, and intarsia. She also loved sewing, quilting, cross-stitch, reading and gardening. She and Richard traveled all over North America, on camping and fishing trips with family and to see the sights in each of the 50 United States during their lifetime together.

Surviving are four daughters: Becky Smith, Nancy Miller (James), Kathleen Smith (Hubert), and Krista Jessee (Kenny). Surviving grandchildren include: Matthew Carlton (Carrie), Tekoa Geswein (Spencer), Steve Allen, David Allen (Melissa), Lea Lynch (Nate), Robert Zimmer, and Adam Miller (Kelly), and two step-grandchildren: Kenneth "Chip" Jessee, and Jennifer Williams (Aaron). She is also survived by 12 great grandchildren, 2 step-great grandchildren and 1 step-great, great grandchild; and special friend, Misie Smith (Kim).Marilou was also preceded in death by her brother, W. Clifford Wray (Phyllis) of Twelve Mile; a sister, Emma Lee Staller of Logansport; and a grandson, Austin Miller, of Lafayette, IN.The family would like to express our heartfelt gratitude to all the caregivers for their assistance that made it possible for Marilou to remain at home on Black Walnut Farm during the last years of her life.

In lieu of flowers, memorial contributions in Marilou’s name may be given to the Almost Home Humane Society, 1705 S. 2nd St., Lafayette, IN 47905. Envelopes will be available at the funeral home.Visitation will be held from 10:00 am until time of memorial service at 11:00 am, Thursday, January 24, at Soller-Baker Funeral Home, Lafayette Chapel, 400 Twyckenham Blvd, Lafayette. Cremated remains will be buried at Wyandotte Cemetery.