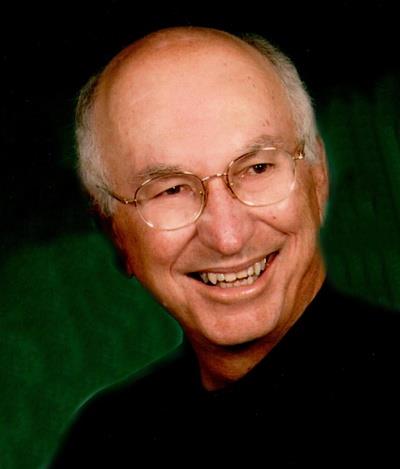 So very sad to hear about Marion's passing. He was my golf buddy, friend and an important mentor. I am hoping you all will find peace, He was a wonderful man and I am proud to have known him.

Please know that I am thinking of you, Cindy, and your family. Praying that Marion is with his maker in heaven. I cannot be at the memorial, but hope that the day is a tribute to your husband and father. Sue Suppinger

I am so sorry for your loss. May God words of promise found in John 6:40 brings you consolation and a small measure of peace. Please accept my sincere regards and heartfelt condolences. ~MM~

Thinking of you all. Blessings on Marion.

Jo and George Taylor and Greason

In loving memory of a wonderful Cousin!

Get email updates about Marion Bonacorsi delivered directly to your inbox.

WEST LAFAYETTE, IN – Marion John Bonacorsi, 78, of West Lafayette, passed away on Tuesday, April 9, at 7:55 p.m., 2019. He died of complications from Parkinson’s Disease. Marion died at his home with his wife and daughters by his side.

Marion was born in Clinton, IN on April 28, 1940 to parents Reno and Margaret Pastore Bonacorsi. He graduated from Clinton High School in 1958. In 1962 he graduated from Indiana State University with a bachelor’s degree in accounting-business administration. He began his career at Purdue University on July 16, 1962. Marion had several positions at Purdue, starting as a staff auditor in Internal Audit. He moved to Student Finance Business Office as auditor of student organizations. He became assistant fiscal director of Student Finance where he was instrumental in developing the Student Loan System. He was Chief Accountant before being promoted to Bursar, where he served 14 years. While he was Bursar, one of his many achievements was designing the Bursar Interface System. He served as assistant comptroller in Accounting Services from 1986 to 2002. He attended the Business Management Institute at Stanford University and completed the course of study in the Krannert Program for Purdue Management Personnel.   After retiring with 40 years of employment, Marion returned to University Collections office to serve 2 more years in his same position. Marion spent most of his career helping students and designing systems to assist students and staff. He loved all things Purdue and was a loyal sports fan. Marion was a founding member of the John Purdue Club, attending both football and basketball games for decades. Marion could always be seen wearing his hats and jackets supporting Purdue wherever he went.

Marion loved his family and spent as much time as he could attending sports games, music shows, and anything his grandchildren were involved in. He enjoyed fishing with special friends and family, golfing with his many friends through the years, and bowling with the Purdue bowling leagues. He also loved to travel with his wife and children and had been in all but a handful of states. He took his grandchildren and families to Walt Disney World several times.

He is preceded in death by his parents. Surviving is his wife of 51 years, Cynthia Overpeck Bonacorsi of West Lafayette, his daughters, Christine (Dan) Wolf of Westfield, IN, Gayle Bonacorsi (Miguel Cruz) of Noblesville, IN. Surviving grandchildren are Justine and Alex Wolf and Gabriella Cruz. Also surviving is his brother, Robert (Linda Hofer) of Bakersfield, CA, and his niece and nephew, Margaret (Meg) Bonacorsi Fossum (Brent) of Austin, TX and Augustin (Gus) of East Palo Alto, CA.

A memorial service will be held at the Soller-Baker Chapel at 1184 Sagamore Parkway West, in West Lafayette, May 4, with visitation from 10:00 a.m. to 12:00 p.m., service following. Chaplain, Emmett Ade, officiating. In lieu of flowers, memorial donations may be made to Purdue University Foundation to the Parkinson’s Disease Research or the Purdue Center for Cancer Research.