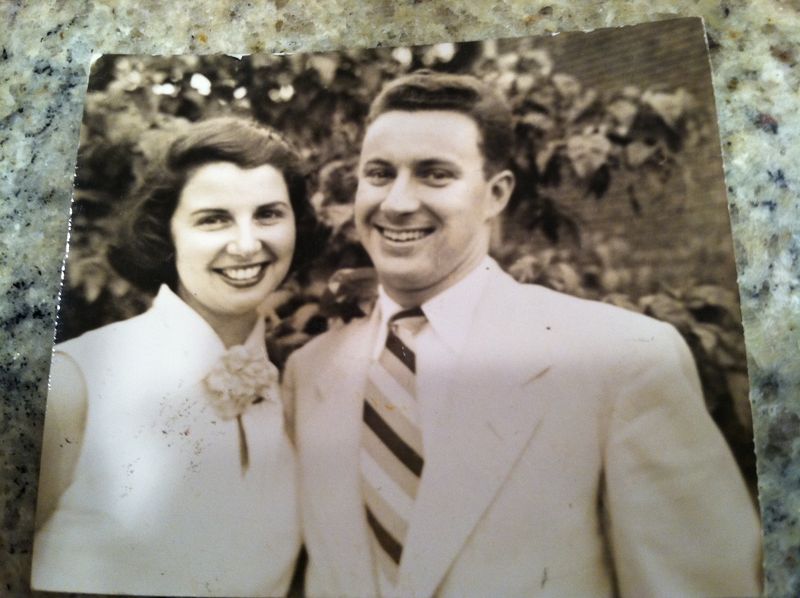 Marjorie C. McDaniel, 88, born on January 24, 1925, in Alamance County, North Carolina, passed away May 20, 2013. She resided in Covina, California at the time of her passing. Her life's joys were her family, with enduring love for her late husband LeRoy W. McDaniel, M.D. and her four surviving children: son Leigh, son Scott, daughter Carolyn, and son John, as well as her five grandchildren: Lauren, Katie, Tricia, Sarah and Phillip, her son-in-law Keith, and her daughters-in-law Sharon and Shirley.

She was proud to hail from Burlington, North Carolina, where she grew up on a large farm. Education was a never-ending influence for Marjorie. She loved to learn and to share what she learned. Her parents were not only farmers, but educators (her father had been a school teacher; her mother had served as a principal), as well as local historians and leaders who fostered community spirit through the Grange and annual neighborhood celebrations. Her late brothers Ben, Ken, and Don, and her surviving sister Elizabeth all knew the value of schooling and helping others in their communities.

After high school, Marjorie majored in Home Economics, focusing on Child Development. She moved to Washington, D.C., and served as a nursery school teacher (among her students were children of U.S. Senators and Congressmen). She then earned a second degree, in Nursing at Columbia University, New York, where she met her beloved "Roy," a medical student who was pursuing his surgical career. After their marriage, the two supported each other --- Marjorie worked as a nurse during the evenings as Roy pursued his internship in Cleveland, Ohio. Their dual-career home life was covered in a local newspaper as an item of interest in the 1950s, as they often met each other on the doorstep to exchange childcare duties.

During their marriage, Roy served in the Air Force and the two sweethearts relocated to Victoria, Texas. Roy's love of flying inspired Marjorie to surprise him by purchasing his first small plane to welcome him home when he returned from service in Germany. (Much later in life, Marjorie herself learned how to fly, accomplishing her own "solo" flight at Brackett Field in Pomona, CA. Roy and "Margie" also loved boating, which inspired family "boat camping" trips to the Colorado River, summer vacations on Balboa Peninsula, and one of her favorite past times: an afternoon nap aboard a softly rocking boat in their slip on Alamitos Bay.)

Marjorie was fully dedicated to being a homemaker and raising their four children while Roy's career path ultimately took them to Covina, California, where he joined Magan Medical Clinic. She steadfastly supported all of Roy's growing responsibilities as he became a respected physician and community leader. She tended the family and sent him off with a loving kiss, whether it was a middle-of-the-night hospital emergency, a weekend "on call," a hunting trip, or a local meeting. She encouraged him as he served on numerous medical boards, as Chief of Staff at Inter-Community Hospital, and as an elected member of the Board of Trustees at Mount San Antonio College. She accompanied him to Rotary events and on goodwill trips while he served as club president and international district governor. During a medical mission in Mexico, the two worked side by side, bringing healthcare and immunizations to the Huichal Indian tribe. When Roy was recognized as Covina's Citizen of the Year, Marjorie rode beside him in the city's parade, her beautiful smile beaming.

She was a hard working, country-born girl, who liked her independence at home. When the kids left for college and their own lives, she went back to her farming roots by tending the yard with a tractor mower, in addition to housekeeping. When she finally hired a housekeeper, she made it a point to clean off every counter before dear Ana arrived to make her job easier. When she handed over the lawn mowing to her gardeners, she got up early to set out water or coffee (on a tray with cream and sugar) to keep them refreshed. She enjoyed giving roses and camellias from her garden to the people in her life: school principals, hairdressers, dentists, mail carriers, contractors, auto mechanics, and neighbors.

Marjorie was a beautiful woman, with an engaging personality and delightful Southern charm. She always wore glovesâ€”whether she was going to church or the grocery store. And whether you were a friend or stranger, she loved to share her greatest joys and stories by chatting about her husband and family. Dear Marjorie had a story for everything, and an enthusiasm for sharing them.

Whenever you hear a wonderful piece of classical music, take a moment and remember dear Marjorie, driving through downtown Covina in her Cadillac --- or tooling around in Roy's T-Bird convertible --- wearing her gloves and a glorious grin, and singing along to the radio.

Marjorie's ashes will be buried atop a grassy hill, overlooking the lovely San Gabriel Valley and mountains, beneath soaring planes from Brackett Field, beside the memorial location of her adoring husband Roy, in the Garden of Family Love at Forest Lawn, Covina. As her life on earth was ending, she was happy to be rejoining Roy in heaven, where they could dance together forever, before the Lord who united them as one.