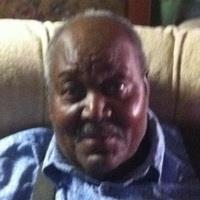 My goodness!!!I had no idea until 5 minutes ago! My heart aches for you Cookie and Jeanette! Jab lived great long life! I pray to be so blessed! My condolensces and deepest sympathies. Love yall..But God !!!

Our deepest condolences to the entire family. Our prayers and thoughts are with you all. May God keep your family strong and surrounded by love and prayers during this difficult time.
Mr. & Mrs. Nolton Guillory
And Family

"Doc" as he was known to me and others in his department at Georgia Pacific....was a gentle giant. Even when he trained rookies like me.

Our Condolences to the family in these difficult times !!

Jeanette, Cookie, In the ever-changing circumstances of life, there is a faithful, never-changing God in control. Praying you will continue to experience God's peace and everlasting love in days to come. Jeanette, I will always remember the days he (Jab) would spend at our home with my dad and the day he told my parents he was going to marry you. He was head over hills in love. What a blessing. May God forever keep you all in HIS care. RIP my friend.
Nelda Doby Hills

Uncle, you will be missed and Rest In Peace

Get email updates about Marvin Deloney delivered directly to your inbox.

He was employed by Georgia Pacific which is now known as Domtar in Ashdown Arkansas until he retired, he was well known around the area and did all he could to ensure he did the greater good for all who came in contact with him.  He hauled logs, mowed grass and even dabbled in a little mechanic’s work to help others.  Mr. Deloney was described as a hard working man who did all he could for anybody and will really be missed.

He was preceded in death by both of his parents and both his maternal and paternal grandparents and two brothers, Silmer Hopkins and Early Dillard.

Graveside Service will be held at 11:00 AM on Saturday October 2, 2021 at White Cliffs Cemetery in Lockesburg, Arkansas where Pastor Rondy Briggs will serve as Officiant and Eulogist under the direction of A.O. Smith Funeral Home and Staff.

Because of CDC guidelines from COVID and the rise of cases, all who intend to attend will be required to wear a mask and adhere to current social distancing guidelines.

MASK ARE REQUIRED DURING BOTH THE VISITATION AND FUNERAL SERVICE AND YOUR COOPERATION IS APPRECIATED.