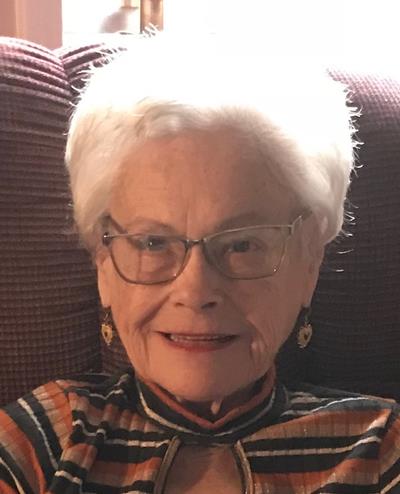 Jay, Cheryl and family,
Our thoughts and prayers are with you at this very emotional time for you family.
May you feel God embrace you with his loving arms throughout the coming weeks.

Mary Jo and Lynne,
May God bless you and your families in this time of sorrow. My thoughts are with you during this difficult time.

Sorry for your loss, Joan was a classmate of my Husband Dick Martin. I always enjoyed visiting with her at the West Point Alumni

Thank you for being a wonderful Aunt. You will be gratefully missed.

Get email updates about Mary Joan Knowles Pass delivered directly to your inbox.

Mary Joan “Joan” Knowles Pass, 81, of Lafayette died Sunday, January 20, 2019 at her daughter’s home with her family by her side.

She was a member of Elston Presbyterian Church since 1960 and was a very active member. She worked part-time at the Bursars office for 15 years and for the Indiana Attorney General Statistician office for 15 years, 6 of those as a supervisor. Joan enjoyed dancing, camping, and playing cards. She enjoyed going to Wallace on Monday nights to listen to Gospel music and on Saturdays to listen to country. She and Paul enjoyed traveling and fishing. They traveled to the Holy land and Canada several times. She also enjoyed bowling and was the Director of LWBA for 6 years and held every league office. In 1988 she was honored with an Emeritus Award.

Along with her husband, Paul she was preceded in death by her parents; and sister Delores Burk.

In lieu of flowers memorial contributions may be given to Children’s Healthcare of Atlanta, AFLAC Unit at www.choa.org. Envelopes will also be available at the church.