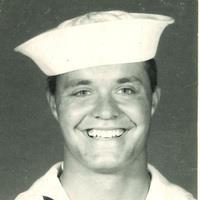 So sorry to hear about Mike passing away. May God give peace to his family through this difficult time.

So sorry thoughts and prayers to his family. He will be missed by everyone who knew him.

Praying for your comfort! Much love & many hugs sent to you all.

Mike was an amazing man with a huge heart of gold. We will miss him terribly. Prayers and love to everyone in our family.

I grew up with Mike and have known him since we were in first grade together. He was always friendly and fun to be with. I have many fond memories of growing up together as we were pretty good friends. Condolences to his family. Rest in peace, "Bay-man".

My sincere sympathy: a schoolmate, friend and awesome person

We thought a lot of Mike. He was good guy. Always friendly. He served his country honorably and we owe him our gratitude. That you Mike for your service.

Get email updates about Michael Baymiller delivered directly to your inbox.

Mike graduated from South Shelby High School in 1966. He served his country in the United States Navy from 1968-1972 during the Vietnam War. He was a class A toolmaker for Diemakers in Monroe City. Mike enjoyed golfing, fishing, hunting, and building remote control airplanes. One of his greatest joys was spending time with his grandkids.