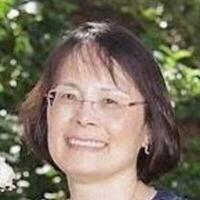 May the Lord’s comfort and grace be with the whole family. You are all in our hearts and prayers. We were so blessed to have known our dear sister Ming Pei and all the family.

May the Lord watch over and may your rest be peaceful. You were always a bright, shinning star and you will be missed.

Growing up in the church life, Ming Pei always had a very calm and comforting presence. She and Monte took the time to help shepard my oldest by asking him to care for their lawn while nourishing him with breakfast. Ming Pei will be dearly missed, a true Sister in Christ.

I treasure the times we prayed together, had fellowship together, and cared for students together. I learned so much from Ming Pei and I thank the Lord for giving her to us. I miss you but am comforted in knowing that we will meet again with rejoicing.

I remember the chorus from Hymn 114 in the YP hymnal song book that I sent to you on September 1,2021
Oh how I love Him! How I adore Him! My breath, my sunshine, my all in all! The great Creator became my savior, and all gods fullness dwelleth in Him.

You finished your course, and you said rejoice see you at our saviors side.

Much Grace to the Eades Family!

Rejoice! Our dear sweet sister is with our Lord and Savior!

Ming-Pei was the most gentle person with a strong spirit. How we loved her.

Monty Ray, Micah, Margie and family: Though I didn’t know her well, Ming-Pei was so kind and warm to me and I could tell she extended the same kindness to all she met. I am so sorry for your loss. You are all in my thoughts.

Get email updates about Ming-Pei Eades delivered directly to your inbox.

Ming-Pei was born in Keelung, Taiwan. Her mother was a Christian, and Ming-Pei received the Lord at a young age. Excelling and with distinctions, she completed her undergraduate studies at National Taiwan University and then traveled to the United States to earn two Master’s Degrees at Indiana University and the University of Texas at Austin respectively. Monty and Ming-Pei met in church in Austin and were married in 1984. Ming-Pei became a loving mother who nurtured and cherished her children. After moving to Arlington, Texas, Ming-Pei earned respect and admiration as a technical librarian working for Lockheed Martin. In 1995 she moved with her family to Russia where she carried out Christian mission work and simultaneously homeschooled her children before eventually returning to Arlington in 1999.

After being diagnosed with cancer in 2018, she considered the news a wake-up call to count all other things to be a loss so that she could love the Lord Himself more fervently and redeem more time with the Lord in His word. She derived great benefit in her Christian walk from the ministry of Watchman Nee and Witness Lee which opened the Bible to her with enlightening revelation. She invited all of her friends, coworkers, and relatives to come to know the Lord as their personal, dear, real and near Savior, and experience the Church in their daily living.

Ming-Pei was preceded in death by her mother Yue Gen Tu. She is survived by her father, Kwei Jeou Wang; two sisters, Mingyu Rachel Wang and Mingchi Judy Wu; husband of 37 years, Monty; son and daughter-in-law, Micah and Abby Eades; daughter and son-in-law, Margie and Paul Gaski; and three grandchildren, Ethan, Eleanor, and Sophie. The family extends deep thanks to all for prayers and many kindnesses. In lieu of flowers, please make a well-directed donation to lordsmove.org. A memorial service will be held in Newton, Massachusetts and online at a date to be determined.