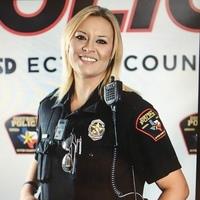 Our deepest condolences. Misty will be missed by many. You all are in our prayers during this most difficult time.

My deepest condolences to the family. You all are in my prayers. May God comfort you and give you strength during this time and for the days to come. I love you Vicki and Jim.
Leesa Mills Riley

I had the distinct privilege of working with Misti when I was a Student Assistant Services Counselor at Bonham Middle School in Odessa. Our paths crossed many times when dealing with students. Always smiling, always positive and upbeat, she performed the duties of her position with the utmost professionalism and efficiency. To know her was to respect her in every capacity. My heart goes out to her family.

Jim, Vicki and Family, Our deepest sympathy and condolences to all of you. Our hearts are broken with you. Misti will always have a very special place in our hearts. She was the only person besides our extended family that we allowed to take care of our children. Yes, that has been several years back they still remember how good she was to them....so do we. She always had such a beautiful smile; she was a beautiful person. We know Misti will be greatly missed by so many and she will...

My deepest sympathy and condolences to each and everyone of you. You will be in my prayers. Misty was a great person surely will be missed but never forgotten. God bless you always

Jim and Vicki, words cannot express the sorrow in our hearts for your terrible loss. We pray for God's comfort and strength to surround you and your precious family. She will always be remembered!
Ray and Dusty Thornburg.

Get email updates about Misti Waldrop delivered directly to your inbox.

Misti LaChelle Waldrop, 34, ended her three year courageous battle with lung cancer on November 27, 2020. She and her twin brother, Wayne, were born on March 28, 1986. She was a 2004 graduate of Andrews High School. She was an avid softball player. She went on to become a peace officer at the age of 20 - not even old enough to purchase her own duty weapon. She worked as a Andrews County Deputy for nine and a half years before she join the Ector County School District Police Department.Misti was raised with three brothers and she knew how to hold her own. She lived to be a strong and independent mother to her daughter, McKenzi Grace. Being a mother, daughter, sister, and friend was Misti's world. She always carried herself with a beautiful smile and bold lips. Misti is survived by her mother and father, Jim and Vicki Waldrop. Her oldest brother Justin, his wife Kami and their son, Jake. Her brother James (Jim Bo), his wife Jeannece, and their son, Damian. Her twin brother, Wayne, his fiancé Bailey and their four children Keeley, Kyndall, Hunter, and Gatlin. She is also survived by her grandmother, Helen Kimbrell and her husband Jerry Kimbrell, her uncle Rex Reamy, and Robert Reamy. She was preceded in death by her grandmother, Betty Gaines.The Funeral will take place at First Baptist Church in Andrews, TX. on Thursday, December 3, 2020 at 3:00 PM.  Visitation will be held Wednesday December 2, 2020 from 6:00pm-8:00pm. Masks are required at the funeral home. There will be a capacity limitation.  In lieu of flowers, please make donations to St. Jude Children's Hospital.