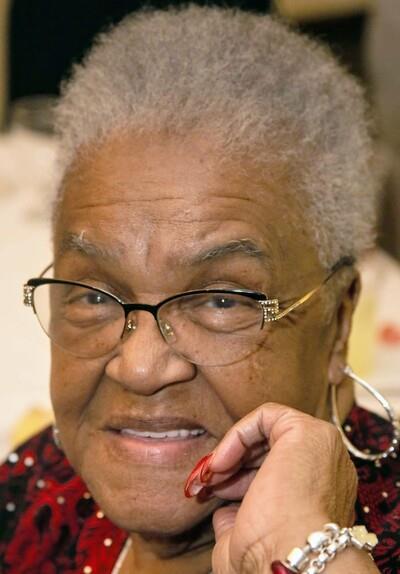 So sorry for the loss of your loved one.

We would like to extend our deepest condolences to the family and friends of Mrs. Brooks during this most difficult time. She was such a sweet, kind, and loving person and will be truly missed. James & Barbara Moore

Its been a year since I last saw her at my mother-in-law's funeral. I'm so thankful we had the chance to take these pictures.

Deepest Condolences To My Family & My Apologies For Not Being In Attendance. May Aunt Pecolia & The Rest Of Our Ancestors Guide Us & Keep Us. Stay Strong Family...LOVE YOU ALL MY BABIES.

Get email updates about Mrs. Pecolia Brooks delivered directly to your inbox.

Having been blessed to witness 88 years of life, Ms. Pecolia Brooks departed her earthly life for eternity, on July 29, 2020. Early Wednesday morning she heard the voice of Jesus say “Come unto me and rest.”

Pecolia was born July 28, 1932 in Kosciusko, Mississippi to the late Mr. & Mrs. Henry Pete & Leona Nash.  She received her education from Kosciusko Public School system and became the first African American to work at W.C. Leonard’s Department Store in the late 1940’s.  She moved to Toledo, Ohio at an early age and later moved to Flint, Michigan, where she settled down to raise her children.  Pecolia served as a housekeeper for the family of a well-known Doctor in the Grand Blanc area.  During her tenure there is where she gained a mentor that encouraged her to seek employment with the automotive industry. With drive and determination, she became employed at General Motors Truck and Bus, later retiring after 30 years of service.

Pecolia was a sweet soul and she loved those she knew; always willing to give and care for others. She enjoyed spending time with her family and friends, shopping, and she especially loved cruising.