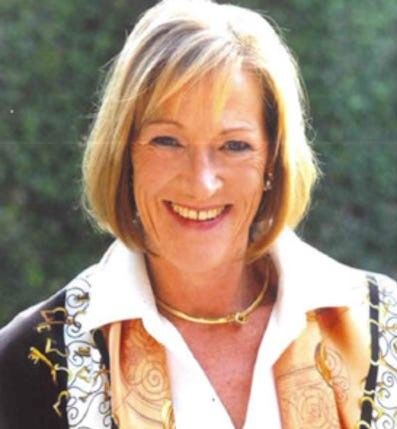 In loving memory of a fighter.

Rancho MIrage - Nancy Bonner, 68, a native of Appleton, WI. She was one of five daughters of Joseph and Rosemary Bonner of Ft. Meyers FL. Her sisters are Susan Kuhrts-Schwarz of San Diego, CA; Mary Jo Dernbach of Naples, FL; Beth Gall of Dubuque IA and Patricia Bonner of Washington DC. Nancy had four nieces and six nephews. Her father, who died in 1993, was a surgeon and each of her sisters have active careers in the medical field – psychologists, nurse, pediatrician and ophthalmologist, respectively. Nancy attended St. Francis Xavier High School, Appleton WI. During high school she was active on the student council, a member of the teen board of local department store and named an outstanding high school leader by the city. She obtained her BA degree in journalism and economics from Ohio Wesleyan University in 1974. While at Ohio Wesleyan Nancy was community editor of the Transcript, news editor and disk jockey for WSLN radio, and a news reporter for The Delaware Gazette and the Columbus Dispatch. Nancy began her career in 1974 with GE Company, she graduated from GE's Financial Management Program, followed by an assistant controller position at GE Mobile Radio in Lynchburg, VA and a four year assignment as a corporate auditor in the US, Brazil and Singapore. In 1983 Nancy was appointed CFO of GE semiconductor plant in Dundalk Ireland, returning to Connecticut in 1984 to redesign and direct GE's Financial Management Program. In 1986, Nancy assumed corporate responsibility for all of GE's university relations and campus recruiting. She moved to Louisville, KY in 1988 as CFO of Sales, Distribution and Marketing for GE Appliances. In 1991 Nancy joined Banc One Corporation, Columbus, OH as Vice President for Financial Manpower Development where, as part of the corporate finance staff, she created a process to ensure the adequacy and depth of the bank's financial talent. In 1993, she was promoted to Vice President of Executive Development for the corporation reporting to the chairman where she assisted management in identifying, staffing and providing leadership education for senior executives. In March of 1996 Nancy was named Vice President – New Business Development with operating responsibility for both the student loan and broker home equity businesses of Finance One Corporation, Indianapolis, IN. In October of 1996, Nancy moved to San Francisco, CA to join Transamerica Corporation. As Vice President-Executive Development, Nancy worked with the Senior Executive Council to implement a leadership review process, upgrade the capacity of existing management, retain key executives and recruit new talent to Transamerica's operating businesses. When Aegon, N.V. purchased Transamerica in July 1999, Nancy seized the opportunity to move to the desert. In 2000 Nancy returned to school full time and in January 2003 she received an AA degree in culinary management from College of the Desert, Palm Desert, CA. After graduation, Nancy took a seasonal position with Above the Best Catering preparing and packaging in flight meals for private and corporate jets. She then began catering for private dinner parties. In November 2003 Nancy became Personal Chef for Former President and Mrs. Gerald Ford at their residences in Rancho Mirage, CA and Beaver Creek, CO. In early 2005 Nancy resigned her full time position with the Fords in favor of her family. While frequent relocation and career related travel have previously precluded significant community involvement, Nancy had consistently been involved in the United Way to include roles as GE's loaned executive, a divisional campaign chairman and Banc One's United Way coordinator. In addition, she was co-founder of the Columbus, OH chapter of the Executive Women's Golf League and a member of Delta Delta Delta sorority. Nancy enjoyed speed walking, golf, cooking, reading and attending the arts. Charity of choice is Solon K.