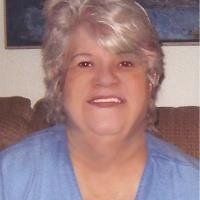 As the days and weeks pass, and as you return to life's routine, may you continue to feel comforted by the love and support of family and friends. And may God help comfort you.

In loving memory of a wonderful person. We will love you and miss you always. Love Your Cousin, Brenda

Nancy was a fun & loving sister I spoke to her every day and I would say how are you today and her answer was always the same ." I'm Fine and Dandy", even though we new she wasn't feeling that way. She always made you smile. Love and miss her. Nancy's sister, Shirley

Get email updates about Nancy (Sexton) Lidie delivered directly to your inbox.

Nancy Ella Sexton Lidie, age 71, long time resident of Frederick, passed away on August 29, 2019, in Kearneysville, WV. She was born on May 23, 1948, in Frederick, MD to James and Beatrice Cheeks Sexton.  She was the former wife of Gary “Pee Wee” Lidie.

Nancy had a fun and outgoing personality.  She loved to play cards and spending time doing that with friends and at the Moose Club. She especially enjoyed her Dallas Cowboys & Redskins rivalry with her friends and family (especially with Jason S. & Billy P. !).

She was well known in the Frederick community from her various past jobs. Early on as a taxi cab driver, she then became a hair dresser, and later on worked for the Cancer Research Center in animal care at Ft. Detrick.

She was preceded in death by her son, Gary Lee Lidie, Jr., siblings Maxine Losee, Bobby James Sexton, and Rufus Sexton.  She will be greatly missed by many nieces and nephews, cousins, and friends, and special friends Linda & Johnny Fowler, Jason Smith and their family’s.