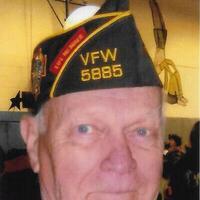 I have know Neal and Mary since I joined the American Legion. On talking with him I learned he worked with my father at Blunts gas station on W. 3rd and Bridge. I so enjoyed both your parents and send my condolences to the family on his passing. Will always remember these special people.

Neal so sorry to hear of your fathers passing. He was a great man.

Neal was a special brother to me. I’m going to miss his smile and sense of humor. Love you Neal!❤

Neal and family, Sending our love during this difficult time. Hearts are especially tender around the Christmas season and with COVID we are unable to be together to support those we care about. May God comfort your hearts until you are together again. With our love, Ted & Rachel Watson

Dear Neal & Family.
We are so very sorry to hear of the passing of your Dad. We hope that memories of happier times shared will sustain you in the coming days, weeks and months. May he rest in peace.
Much love,
Tommy & Brenda

I had the honor and privilege to work with Neil at Nestles’ and we had the opportunity to become great friends. We are both war veterans and shared mutual pride and respect for having served our nation’s colors in very troubled times and difficult circumstances.
Neil was a good man, hard worker, proud veteran and unwavering patriot. His family dedication and hard work ethics was to be admired by all.
I will miss Neil, think of him often and thank God Almighty for allowing me to come...

My favorite memories of Uncle Neal growing up was his cool train set/village in the basement. I would love to go downstairs and see all the details of trains and the “cities” they ran through. Aunt Mary would always do all the talking while Uncle Neal was always quiet and cool. Sweet memories. Love and hugs to you, Neal and Mary Ann, I know these last few years have been though, especially 2020. I pray you cling to your very special memories of your dad.

Get email updates about Neal Champion delivered directly to your inbox.

Neal M. Champion, 89, a former resident of Route 104 in the Town of Scriba, passed away at Seneca Hill Manor on Saturday, December 19th, 2020.  He went peacefully in his sleep after visiting with all his grandchildren via FaceTime due to visitation restrictions imposed as a result of the COVID-19 pandemic.

Neal was born in Oswego, one of nine children of the late Marvin and Signe (Johannson) Champion. He was a life resident of the area.

He was very proud of his military service having served in the US Army, stationed in Korea as a Staff Sergeant.

He was a past-commander of the VFW Quattrini-Dehm Post #5885 in Oswego, and was an active member of the American Legion Post #268.

Prior to his retirement, he was employed as a foreman for the Nestle’s Corp. in Fulton, and was involved with the construction of the Lake Ontario raw water pipeline in the 1950’s.

He was the husband of the late Mary (Kline) Champion, who died in 2006.

He is survived by his son, Neal T. (Mary Ann) Champion of Cicero; three grandchildren, Amie (Greg) Pellegrino of Brockport, Matthew (Angie) Champion of Clay, and Ashley (Jim) Kelly of Cicero; 8 great-grandchildren, Joshua, Caleb and Ari Pellegrino, Brandon and Derek Champion and Nicholas, Zachary and Mackenzie Kelly; two sisters, Greta Noyes of Oswego, and Jeanette France of Volney; and brother-in-law Roger Broadwell of Dallas, Texas as well as many nieces and nephews.

The family would like to acknowledge the care and compassion given to Neal by the staff during his time at Seneca Hill Manor.  They have been a great source of solace and strength during difficult times. In lieu of flowers, please send positive thoughts, prayers, well wishes, gifts, or care packages to the dedicated staff and residents of Seneca Hill Manor who are facing a very difficult time.

Arrangements are in care of the Dain-Cullinan Funeral Home, Oswego.